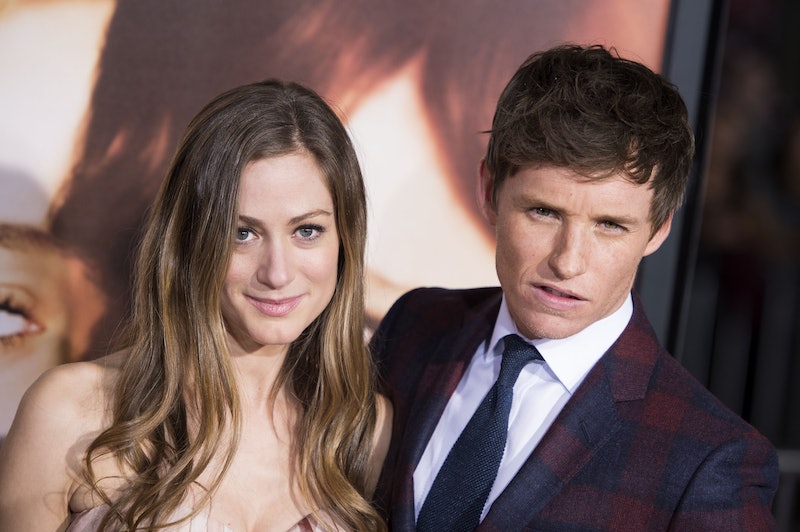 Some exciting celebrity news this Christmas Eve: Eddie Redmayne and wife Hannah Bagshawe are reportedly expecting their first child! According to E! News, a source close to Bagshawe shared the news with the publication, but did not reveal how far along Bagshawe is nor the gender of the upcoming new addition. Bustle has reached out to Redmayne's rep for comment, but has not yet heard back.

A source told The Sun that "Eddie and Hannah are delighted and extremely excited. They don’t want to find out the sex of the baby but are happy to tell close friends and family they’re expecting." In addition, The Sun claims that the baby is due in June.

While Redmayne is famous for his roles in film's such as The Danish Girl and The Theory of Everything, for which he won the Oscar for Best Actor earlier this year, Bagshawe flies quite a bit more under the radar. The 33-year-old works as a publicist. In fact, she was his publicist.

The couple was married last year on Dec. 15, 2014, which means that for the second year in a row they've had some very exciting news around the holiday season. I, for one, can't wait to see what happens next year!