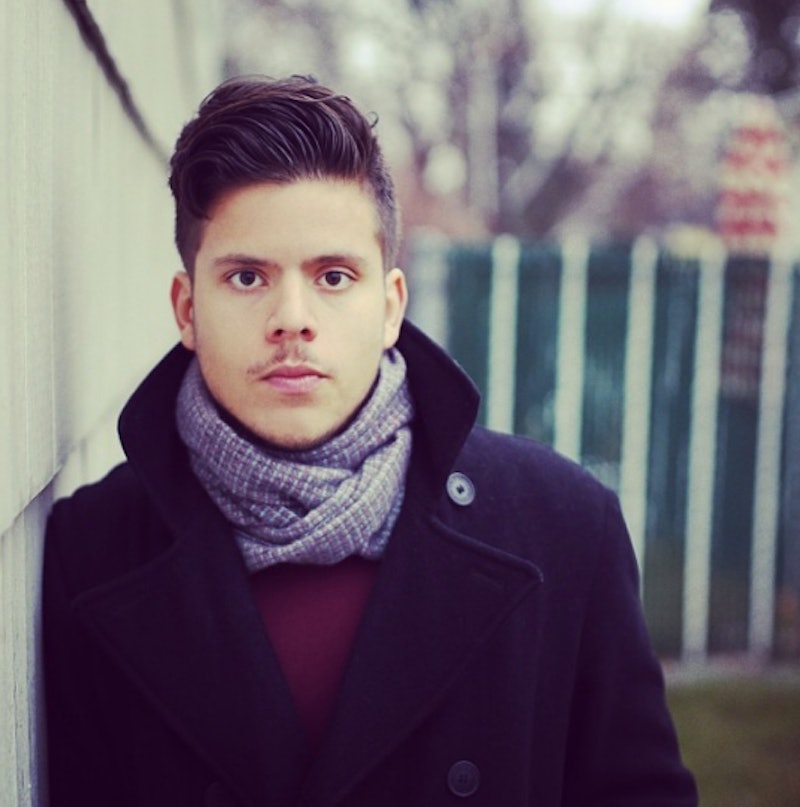 For most of the older Vine celebrities out there, which really means over the age of 18, the ability to laugh at things you're not supposed to seems essential. Similar to the way that Vine's biggest star, King Bach, pokes fun at racial issues, Rudy Mancuso uses his own background to mock stereotypes while making others laugh.

In his six second Vine videos, Rudy, who is Brazilian and Italian, plays a few different characters, Isaac and Juan, two Hispanic men identified by hats: Spanish Batman, Spanish Superman and Tony, an Italian. Not all of his videos are in character, though. There are plenty of Rudy being himself, hanging out with friends and using relatable humor — a Vine star staple.

But no matter which version of Rudy a Vine contains, it's almost guaranteed to become popular among his huge following. On Vine, he has 3.1 million followers, an impressive number that doesn't quite translate to Instagram, where he has about 250,000 followers, or his Twitter, with 51,000.

It's a little strange that so many of Rudy's Vine fans haven't followed him across social media, but that could just be because his videos are all they care about. On Twitter, he often interacts with fans and posts his most recent videos, while his Instagram is a standard assortment of selfies.

Still, his fans lack of interest on these platforms is completely made up for with their overwhelming feedback on Vine. Take this video posted just six days ago.

It already has over 220,000 likes, and it isn't even one of Rudy's characters or recurring bits. This "Hispanic GPS" video is something he's done a few times, and shows off his signature, Hispanic-inspired humor.

That one has over 306,000 likes and 210,000 revines. So some of Rudy's videos get more likes and revines than he has Twitter or Instagram followers — because his fans know what they want. One of his characters, Isaac, has become so popular that Rudy has begun selling a shirt with his catchphrase on it. Here's Rudy's Vine as Isaac, wearing that same shirt and using the signature line.

Rudy's Vines that mock Hispanic stereotypes or poke fun at his background tend to become the most popular, like the Christmas-themed one below.

That Vine is easily one of Rudy's biggest, with over 487,000 likes and 385,000 revines. Those are some impressive numbers, even for someone who has become a full-fledged Vine celebrity. Rudy is so famous online that others have begun to pick up on it. TMZ posted a video of him and some of his friends yelling things and Rudy had to defend himself against the misleading headline on Instagram.

That's something that usually only Hollywood celebrities would have to worry about, but for Rudy, that kind of mass recognition is just beginning. Some major companies have noticed him as well, but in a good way, as Rudy now has sponsored Vines. Basically, companies pay him to advertise their products in Vine videos, or star in videos posted from their own Vine accounts. He can be found in Vines promoting TBS's Men at Work and was featured in the first ever Vine to be used as a TV commercial. Check out the ad for Trident Gum below.

It may not be anything like his usual Vines, but that doesn't really matter anymore. Rudy himself has become famous without any hats or accents, and people have started to catch on. It's only a matter of time before those 3.1 million followers are joined by millions more.