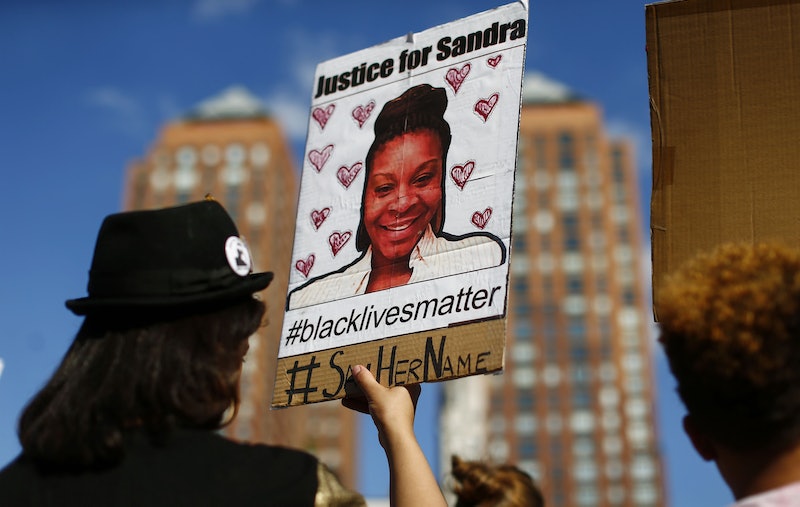 The first indictment filed against anyone connected to the death of Chicago-area woman Sandra Bland came Wednesday when a Texas special prosecutor announced state trooper Brian Encinia's criminal charge. The grand jury assigned to the case had previously declined to indict any employee from the Texas jail where Bland was found dead on felony charges. So why was Brian Encinia indicted for perjury?

The charge isn't actually directly related to Encinia's encounter with Bland back in June; it deals with the state trooper's actions in the courtroom. Perjury is the crime of willingly telling false information in court while under oath, and the grand jury found untruth in at least one of Encinia's statements before the court.

Encinia's official statement concerning the volatile arrest claimed he ordered Bland to exit her vehicle in order to conduct a traffic investigation more safely. The jury, however, "found that statement to be false," special prosecutor Shawn McDonald said on Wednesday.

The perjury charge, for which the possible penalty is up to one year in jail and a $4,000 fine, is the only one in relation to Bland's death. In late December, grand jurors decided not to indict any of the Waller County Jail employees who dealt with Bland following her arrest by Encinia.

The Texas state trooper placed Bland under arrest for assault on a public servant, stating that Bland was combative and uncooperative during their confrontation. Three days after Bland arrived at the Hempstead jail, she was found in her cell hanging from a plastic bag. The jury did not find the conduct of jail staff to be outside legal boundaries, though.

"The grand jury has looked at all the evidence and found no evidence of murder," special prosecutor Darrell Jordan said on Dec. 23, following the jury's decision.

The jury did have access to video evidence of Bland's interactions with Encinia as well as jail employees. The jurors also had a report by a Waller County medical examiner, who ruled that Bland's cause of death was suicide.

The lack of indictments for anyone in connection to Bland's death was met by anger and suspicion from family members and activists who found her death to be an instance of excessive police force and racial injustice. Mr. Jordan in December emphasized the grand jury would reconvene to look at other misdemeanor aspects of the case.

Bland's family members, who filed the wrongful death lawsuit against authorities, have yet to speak out on whether they find justice in Encinia's indictment.