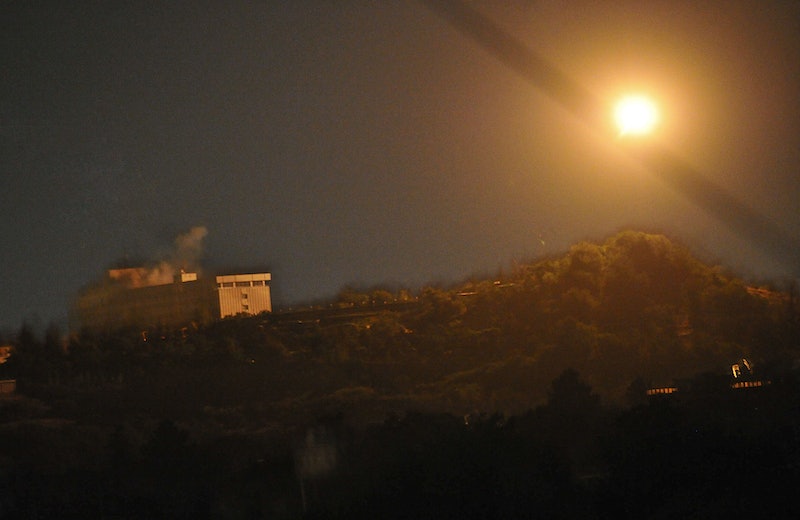 The second season of the hit podcast Serial is centered on Bowe Bergdahl, the U.S. Army soldier who was captured by the Taliban after he walked away from his post under questionable circumstances. Before being released in 2014 after President Obama traded five Taliban members for the soldier, Bergdahl was held in captivity by a Taliban-affiliated group called the Haqqani Network, who features prominently in the second season of Serial. So just what is the Haqqani Network? As Serial host Sarah Koenig mentions in the latest episode, "The Captors," The New York Times once suggested a similarity to a famous TV crime family

"The Captors" veers away from Bergdahl's story to recount another man's captivity. In November 2008, David Rohde, a reporter, and two Afghan colleagues were captured in Afghanistan and held for seven months, also by the Haqqani Network. Rohde's story offers a jumping-off point to delve deeper into just who the Haqqanis are. After doing extensive research, this is what Koenig learned:

The Haqqanis are a family-run operation, and they're not one thing. They're Islamic nationalists, they're a militant group, and they have businesses. A New York Times story compared them to "the Sopranos of the Afghanistan War."

Like a mob family, the Haqqanis facilitate their own version of organized crime. As the Times writes, they make their money off of kidnapping, extortion, trafficking, and even acting as hired guns for Pakistani intelligence. Mafia comparison aside, here are four things to know about the Haqqani Network.

They Are Part Of The Taliban

Koenig explains that though the Haqqanis have their own alliances and means for revenue, "they're also part of the Taliban."

They've got their own alliances, their own source of funds. ... They use the same stationery — I'm not kidding about that.

What sets them apart, however, is that "the Haqqanis are the most militarily effective part of the Taliban."

This summer, Sirajuddin Haqqani, who runs the Haqqani Network, was chosen by Mullah Akhtar Mansour, the supreme commander of the Taliban, as his second in command, further strengthening ties between the two groups.

Their Roots Are In Afghanistan, But They Control Pakistan

Aside from being the most militarily effective, the Haqqanis are also "part of the Taliban that's the most under control of Pakistan."

One expert told me, "You know, they're just very, very close to the Pakistanis."

However, the Haqqani family themselves are Afghan — Koenig points out that they're Pashtun, the largest ethnic group in Afghanistan. Though the family's roots are in Khost province in Afghanistan, their headquarters are in Pakistan.

In September 2011, the group launched an attack at two U.S.-affiliated targets in Kabul, the United States Embassy and the NATO headquarters, killing seven people and injuring 19. The insurgents wore suicide vests and fired rocket-propelled grenades into the buildings in a guerrilla-style attack that lasted a day.

The Haqqani Network has also attempted to launch attacks on U.S. soil, which the Taliban has yet to do. In May 2010, Faisal Shahzad, a Pakistani-American that U.S. intelligence officials have linked to the Haqqani Network, attempted to detonate a car bomb in Times Square. Fortunately, the bomb failed to go off and he was arrested two days later and sentenced to life in prison the following October.