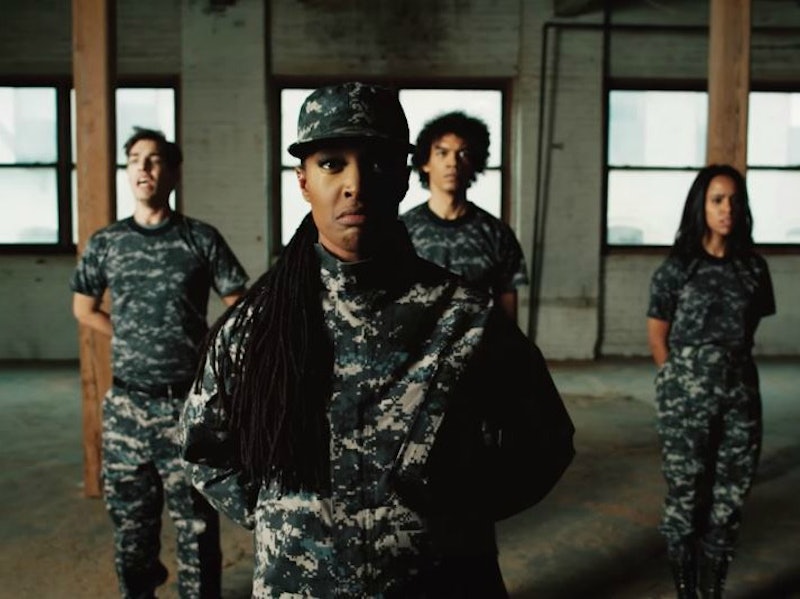 There's a war going on out there, a war for equality, and you need to be prepared. In order to get ready to join the fray, you should check out Franchesca Ramsey's "Social Justice Warrior Training" video for MTV's Decoded web series. Because honestly if there's anyone who can properly prepare you to combat ignorance and oppression, it probably would be Franchesca Ramsey.

The term "social justice warrior," or SJW, originated as a derisive way to refer to people who care about things like, well, social justice. Not only that, but they also have the audacity to — gasp! — talk about those things, and — double gasp! — suggest that people and society try to be more equal. The term has been around for years in certain Internet circles such as the "manosphere," but really hit mainstream recognition with the rise of GamerGate in 2014. But since there's nothing actually objectionable about being a warrior in the cause of social justice, there are plenty of people who are more than happy to apply the SJW label to themselves. I mean, why are we supposed to think of caring about social justice as a bad thing? As an insult, it doesn't make much sense.

And, in fact, being a social justice warrior is something that people are apparently willing to train hard for, if this "leaked footage" from Ramsey's SJW training camp is any indication. Even though it requires intense exercises like:

Oh god, what are the right ones?

Don't let yourself get derailed!

Do you have what it takes to be a social justice warrior? Let's hope so. In my experience, it's pretty awesome.