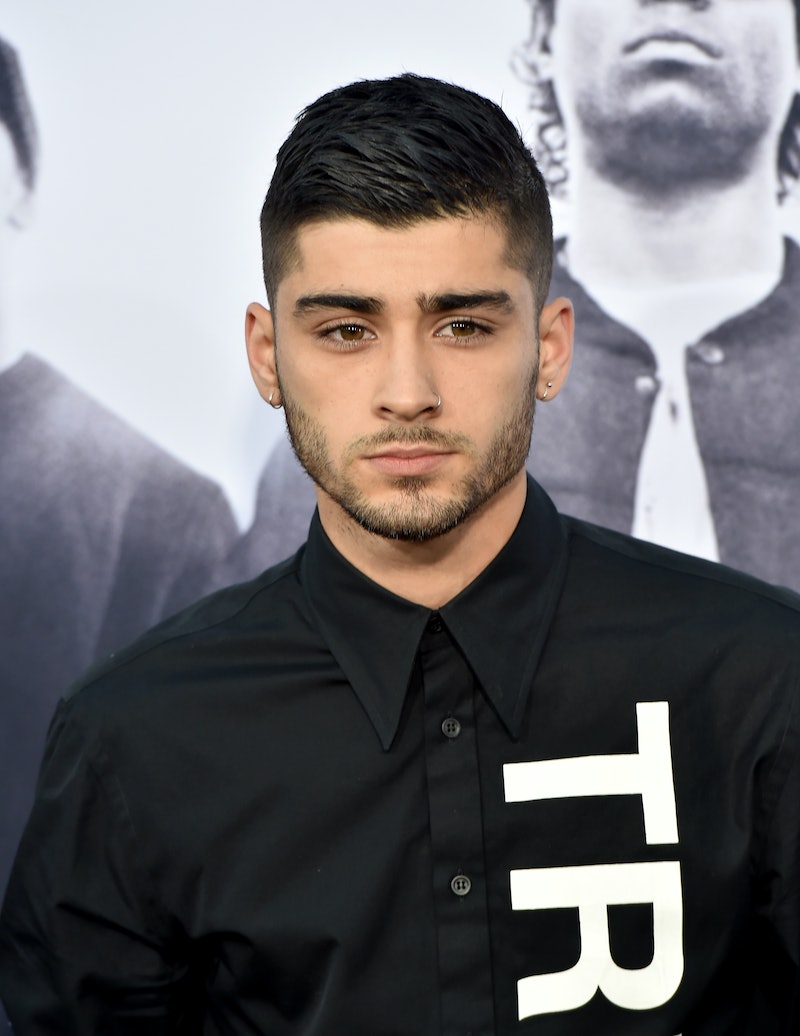 It may have been months since Zayn Malik left One Direction, but plenty of people are still taking their time to get over it, and by "plenty of people," I mean me. It's hard to accept the fact that the band that was once five is now four, but after the release of Made in the A.M., it's clear that the band has moved on — and so has Malik. In his cover interview for Billboard,Malik talked about One Direction's creative process... and all the ways it didn't work for him. If it wasn't obvious enough before, it is now: Being part of this group really didn't work for the 22-year-old, and it sounds like his opinions were stifled quite a bit.

In the interview, he explains that his taste in music didn't really mesh well with the rest of the guys, since he's not really into "indie rock" like they are, even though that's not quite how I'd describe One Direction's sound. But his biggest problem was with the way the band made their music — and the fact that, according to him, they were pretty stifled creatively as they were encouraged to churn out more and more music. Malik called it a "f*cking machine going constantly," and it definitely makes sense, considering One Direction released five albums in four years. It's hard to comprehend how exhausting that must be.

We weren’t allowed to say certain things, or word [lyrics] the way we would want to. I’d sit and wonder, "If the fans knew how it worked, what would they think?" My argument was: People are more intelligent than that. They want to hear what’s real, so why don’t we write some stuff that we’re actually going through?

And this isn't the first time Malik has slammed One Direction. Since leaving it, he's practically been on a Ruin One Direction For Everyone tour. In November, he told Entertainment Weekly that the band's music was "not music that I would listen to" and described it as "generic as f*ck," so his latest comments aren't anything new. Add that to the feud between Malik and former bandmate Louis Tomlinson that happened back in May, and it's hard to imagine he has any happy memories of being in One Direction at all.

Actually, after everything Malik has said about the band since leaving it (plus the fact that the guys haven't spoken to him since he decided to go solo), it's no wonder he's no longer a part of it. But as a major One Direction fan who still loves the guys and their music, I'm freaking out. What if the music we've all heard (and loved) isn't really what they wanted to make? What if they've all been miserable all these years? What if Harry Styles cries way more frequently than we ever imagined?! My heart couldn't take it. He is too beautiful to cry.

And more importantly: What if all those good times we thought the guys were having together as a fivesome, Malik included, never actually happened because he secretly hated it?

Fortunately, I don't think it's that dramatic. Besides, Malik seems to be happy with his decisions, and it definitely seems like it was the right choice for him to leave One Direction. Was it the right choice for the rest of us who are still mourning his departure? Maybe not, but it's not all bad. After all, we have Malik's forthcoming solo album to look forward to. And Made in the A.M.,even without him, was pretty good, too.