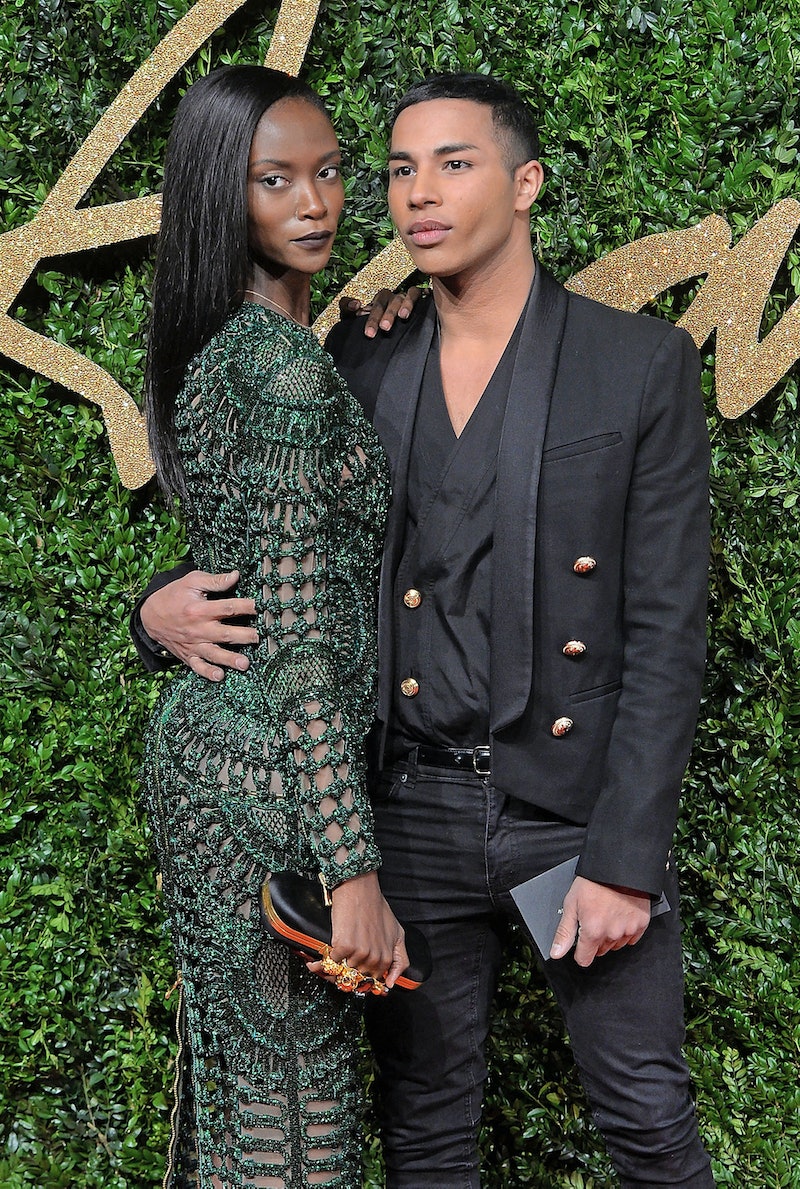 Kendall who? Balmain's spring 2016 campaign features '90s supermodels Naomi Campbell, who is 45 years old, Cindy Crawford, 49 years old, and Claudia Schiffer, also 45. With not a modern day It-girl in sight, the campaign features the three legendary women clad in the brand's sexy designs and totally killing it. Not only is this a departure from what we typically see Balmain do for campaigns, it also points to the fashion industry's broadening scope of representation.

Balmain often features young modeling talent on the runway and in campaigns, including It-girls of the moment Kendall Jenner, her sister Kylie, and the Hadid sisters, Gigi and Bella. However, the brand's latest campaign features these three tenured models, who are all in their mid-to-late 40s. Age is but a number, and these photos are proof. Campbell, Schiffer, and Crawford flawlessly rock these amazing designs, all while proving you don't have to be in your 20s to be gorgeous.

They're not called supermodels for nothing, and Creative Director Olivier Rousteing knows it!

"When I was a schoolboy in Bordeaux, it was their editorials that first made clear to me the amazing transformative power of fashion," he said in a statement, according to Fashionista. "To say that working with them was a dream come true is no exaggeration."

I can understand why when looking at these images.

I see you, Naomi! And even though those pants look a little impractical, you can't deny that Schiffer is slaying in them.

Can you say #SquadGoals? Considering the fashion industry is often called out for not being very diverse, this campaign is super refreshing. Let's hope this is a sign that change is on the horizon. Balmain is a trendsetting brand in more ways than one, and the brand's awesome campaign should inspire other brands to be more inclusive and look beyond the latest crop of bright young things when casting.

However, Balmain is not the first brand to cast older women for a campaign. Over the past year, there have been several amazing, groundbreaking, and body positive campaigns featuring iconic women over 40 years old. Check out 9 of the most recent, most fabulous ones.

Have you ever seen someone pull off all-black sunglasses as well as Didion does at 81-years-old? Nope, didn't think so.

Do you believe in love after love? After seeing this image of Cher, 69, slaying in Marc Jacobs, why yes, yes I do.

A timeless beauty. At 69-years-old, Rampling is still a beauty icon.

Ryder, 44, has always been a beauty idol of mine, so when this image was first released my heart skipped a beat.

I hope I can rock a red lip as well as Apfel when I'm 94-years-old!

Nailing the menswear look, Roberts, 48, was a perfect model for Givenchy's spring 2015 campaign.

At 72-years-old, Mitchell can rock a trendy boho blouse and wide-brim hat better than I ever could.

Catherine Deneuve, 72, doesn't look a day over 35 in this image.

Even at 81-years-old, Sophia Loren continues to leave me breathless with her beauty.