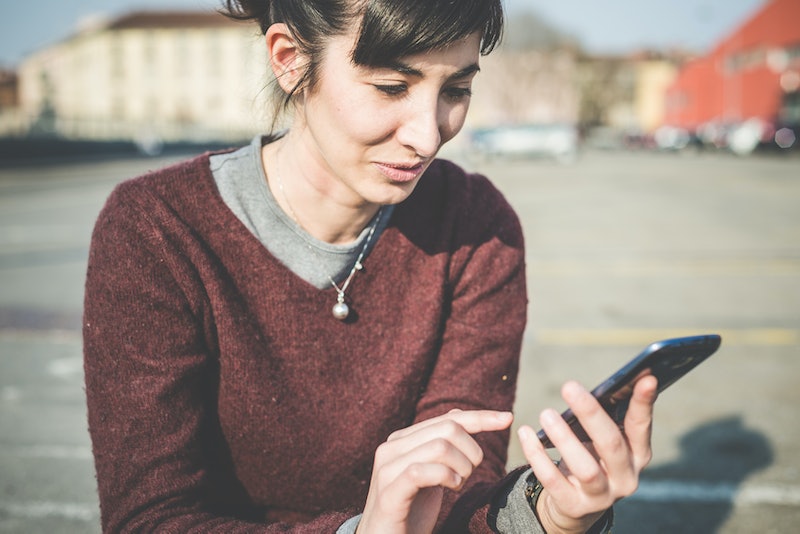 You’ve been on so many dates together you’ve lost count. They’re the first person who texts you in the morning and the last one before you go to sleep. You talk about them so much that your friends have all intervened to tell you to politely shut up…. and asked "is the relationship official yet?". And though you feel like it kind-of-sort-of-maybe-possibly could be time to DTR… it isn’t. It’s one of those stages before your relationship is actually labeled one that’s full of a lot of fun, a lot of firsts and a lot of anxiety. You really dig this person, you can see long-term possibility and so you’re worried about… well, everything. You don’t want to push too soon too fast and you don’t want to stand still… so what are you supposed to do?

Dating experts will tell you that the key is letting it happen and keeping in mind what’s important to you in a relationship before rushing into anything official. But if like most folks, you go a little crazy from time-to-time (#noshame), let this list of thoughts everyone’s had before their relationship became official ease you and make you feel less like an insane person. Go ahead, have some more wine and read along:

1. “Wow. They’ve Gone an Entire Two Weeks Without Being Sketchy.”

I thought people like this were magical unicorns. But they exist??

2. “They Mentioned a Wedding They Have This Summer — And That I Could Be Their Date. Ummmmm….”

No, but really — if we’re going together, I need to ask for time off, figure out what to wear and start thinking about ways to memorize your friends’ names, stat.”

3. “They Introduced Me But Didn’t Call Me a Friend. Or Their Girlfriend. WHAT DOES THAT MEAN?”

Not a girl, not yet your woman?

4. “They Didn’t Put A Smiley Face At The End of Their Text. Are They Losing Interest?

But really, so hot. Look at that face. That smile. THAT BOD. I’m so excited they like me.

Just act cool. You can do this.

A dealbreaker like that would have just been the worst. The absolute worst.

8. “They Said They Liked Me A Lot. Excuse Me While I Die a Little.”

...and start singing "Let it Be" in my head so I don’t ask them to marry me right about now.