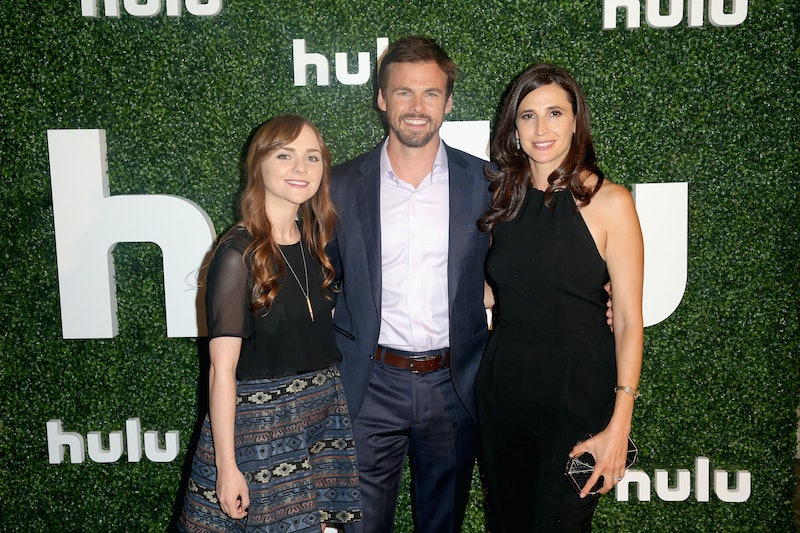 Within the last four years, award shows have changed. While network television is still represented at shows like the Golden Globes or the Emmy's, a new wave of content has become more and more present thanks to companies like Amazon, Netflix, and Hulu. It's no secret that Amazon and Netflix have done very well for themselves at award shows with series like Transparent and Orange is the New Black, respectively, but this year there's a new person at the table. Hulu earned a Golden Globe nomination for Casual in December when the nominations were announced, marking its first nomination from Hollywood Foreign Press Association ever.

If you're not familiar with Casual, allow me to explain. Casual is a brilliantly-written series about a freshly divorced single mother living with her single brother and all of the weird and hilarious situations that can occur when two grown adult siblings (and one teenager) live under the same roof. The series stars Tommy Dewey and Michaela Watkins and premiered in October of 2015. At the Golden Globes, it will go against quite a few "big hitters" in the best TV comedy category like Amazon's Mozart in the Jungle and Transparent; Netflix's Orange Is the New Black; and HBO's Silicon Valley and Veep. (Note: there are no major network series nominations in the comedy category.)

While this is Hulu's first nomination at the Globes, it might not be its last. The provider has announced the release of three new series coming to Hulu in 2016. The first, The Path, features Aaron Paul and Michelle Monaghan in a drama series about "a couple at the center of a controversial movement struggling with relationships, marriage and power," according to Deadline. Hugh Dancy stars as the cult leader.

The topic and exploration of a couple involved with a cult is a territory that scripted TV shows have yet to explore (memorably) in recent years. The success surrounding HBO's Going Clear and the nod to Charles Manson's "family" in NBC's Aquarius both suggest, though, that the concept would be rather well-received.

Hulu is also traveling back in time with 11.22.63, the mini-series based on the book of the same name by Stephen King. The show, starring James Franco, Chris Cooper, Cherry Jones, and more, is about a man who accidentally travels back in time and attempts to prevent the assassination of President John F. Kennedy. His plan doesn't go as smooth as he'd originally thought, adding to the suspense and drama of the thriller.

Hulu also continues to produce series like The Mindy Project, which it famously saved after being canceled by FOX, Difficult People, and Deadbeat. While none of these shows have accrued a Golden Globe nomination yet, there's no telling where Hulu could take them. In the meantime, it seems like the provider has a lot on its plate with the success of Casual and the forthcoming series which might have their own time to shine next award season when eligible.