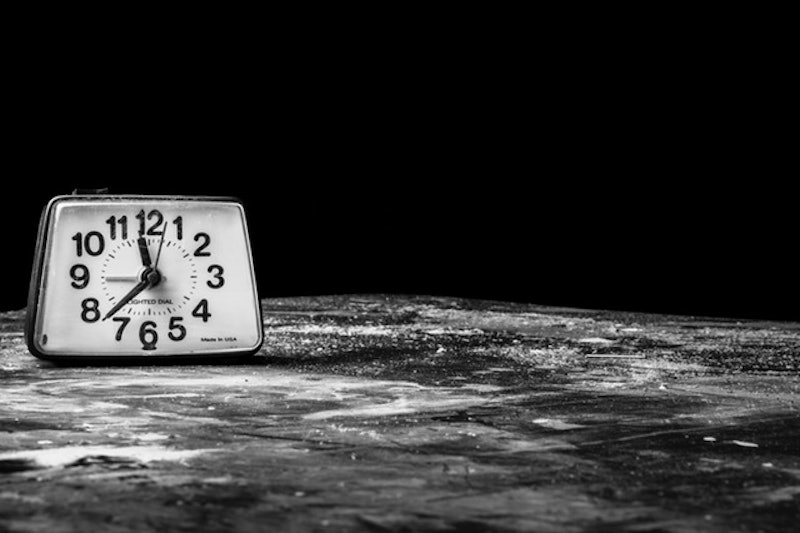 Sleep is something that many of us struggle to get enough of, but it turns out that it's more of a problem for some of us than others: A new CDC report found women are more likely to have sleep problems than men are. This study was very different from most other sleep studies, as it examined the quality of sleep were getting, rather than the quantity. Women, it turned out, were less likely to get sleep that was of a high quality. "They reported having more trouble falling asleep, staying asleep and waking up feeling unrested," co-study author Colleen Nugent, Ph.D, told TODAY.

The trend held regardless as to whether or not there were children involved, too: Regardless of their parenthood status, all women in the study were getting poorer quality of sleep than men. In fact, more childless women suffered from frequent insomnia than those with children, 25 percent versus 15 percent. Some groups of women did get more sleep than others, at least: Among women, single mothers were the least likely to feel that they had gotten a restful sleep, while single women were the most likely to wake up feeling rested.

What gives? Science doesn't seem to have the answer. "It's not clear why," Kelly Glazer Baron, Ph.D, told TODAY about what causes the gender sleep gap. There have been many studies that have found similar gender disparities existing amongst men and women when it comes to health issues. Of course, there are certain health issues that only women deal with, since there are a lot of health issues that derive from having certain biological equipment, like vaginas or ovaries. But setting that aside, it turns out that many times women do offer suffer more from gender-neutral health issues. Here are a few of them:

Heart disease is the number one cause of death for women living in the United States. Now, it's also the number one cause of death for men in the United States, but women are more likely to die as a result of their heart attack and to be delayed in getting medical care. Heart disease studies have also been notorious for only using male subjects and thus, the symptoms that doctors look for when diagnosing women often don't align with what they experience. That is, men and women eperience heart disease differently, but only the male experience is highly visible.

Women are a lot more susceptible to being diagnosed with depression than men are, as it's actually the most common mental health problem for women. Is it any wonder that the American Psychological Association calls for expanded research in depression treatment, symptoms, risk factors, and prevention?

Did you know that women face more frequent and serious complications from STDs than men? Yep, it's true, and worst of all is that STDs are often misdiagnosed, as much as half of the time, in women. So the next time your doctor thinks that itching and burning is just another yeast infection, you might want to get a second opinion.

Up to 95 percent of all people suffering from anorexia and bulimia nervosa are women, which brings about a massive gap in this health issue. It's probably not much of a surprise, however, considering the pressure that's put on women to adhere to hyperspecific standards of female beauty.

More like this
An Honest Review Of The TikTok-Famous WalkingPad
By Kaitlyn Wylde
5 Crystals To Lower Your Anxiety
By Megan McCarty
5 Crystals To Manifest Better Sleep
By Megan McCarty
The Best Ways To Get Rid Of & Prevent Red Bumps From Shaving, According To Dermatologists
By Madison Barber
Get Even More From Bustle — Sign Up For The Newsletter