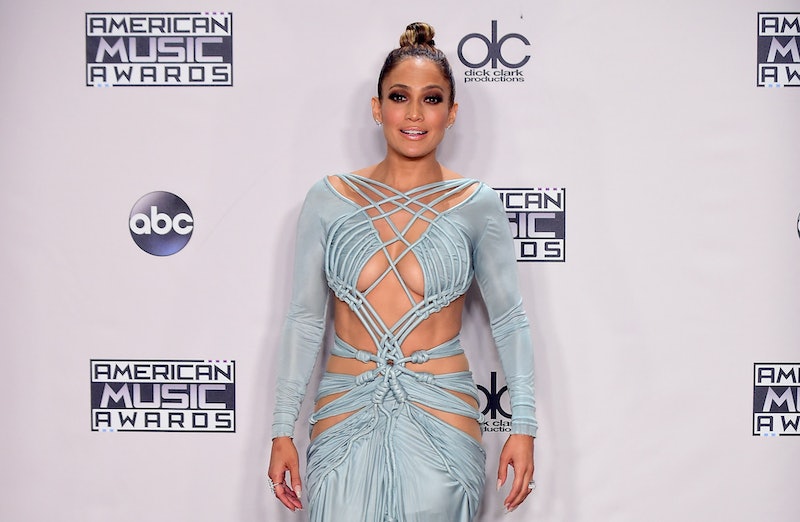 Even though it may seem like we just got over the '90s, they actually began over 15 years ago. Crazy, right? What's even crazier is that some '90s celebrities look exactly the same as they did back then. That's a long time to keep rocking the same look! I'm not sure if these ladies (and men!) have just been using some amazing skincare products over the years or if they found the fountain of youth and are keeping it a secret, but either way, these celebrities haven't changed a bit over the past decade and a half.

It's kind of surprising that these celebs still look the same considering how much has changed since the '90s, but despite some of the weird beauty and fashion trends of the time, these celebs have been able to carry their looks into the 21st century and are still totally slaying it.

I rounded up some of you're favorite celebrities who basically haven't aged a day in the past 15 years and compared their photos from the '90s to some recent snaps. The results are kind of crazy. Take a look at the list below and get ready for a serious blast from the past.

The singer donned a silvery floor length gown paired with an up do in 1999 and mirrored the look today in a flowing cutout dress. She hasn't aged a day!

In 1999 and today, Aniston rocks a sleek hairstyle with a side part.

Paltrow looks nearly identical to her 1999 self, besides having slightly longer hair.

Between her tousled hair 'do and fresh face, Blanchett has brought her '90s style to today.

Jolie's classic looks and bright smile are still on point.

Besides trimming his hair a bit in the 21st century, Rudd looks eerily similar to his past self.

Hudson's hair isn't as curly as it once was, but her simple makeup and fashion sense has stayed the same.

I seriously need to figure out Holmes' skin care routine so I can look this good in 15 years.

I swear Smith just doesn't age. I'm having a hard time distinguishing which photo was taken in 1998 and which was taken today. He's even got similar style!

Moore stuck with the smokey eye and same red locks over the years.

Parker is stick rocking the curls today. They're just a little less boho and a little more polished for 2016.

Seriously this must be witchcraft — Moore looks the same today as she did 20 years ago.

Not entirely convinced Reeves doesn't have a time machine in his basement, because he looks so similar to his 1997 self.

More like this
5 Mini Skirt Outfits To Wear, Inspired By These Brave Souls
By Avery Matera
All The Early 2000s Hairstyles Rihanna Wore In A$AP Rocky's "D.M.B." Video
By Olivia Rose Ferreiro
David Schwimmer Doesn't Remember This Classic 'Friends' Episode
By Sam Ramsden
‘90s Streetwear Brands That Are Making A Major Comeback
By Dominique Norman
Get Even More From Bustle — Sign Up For The Newsletter