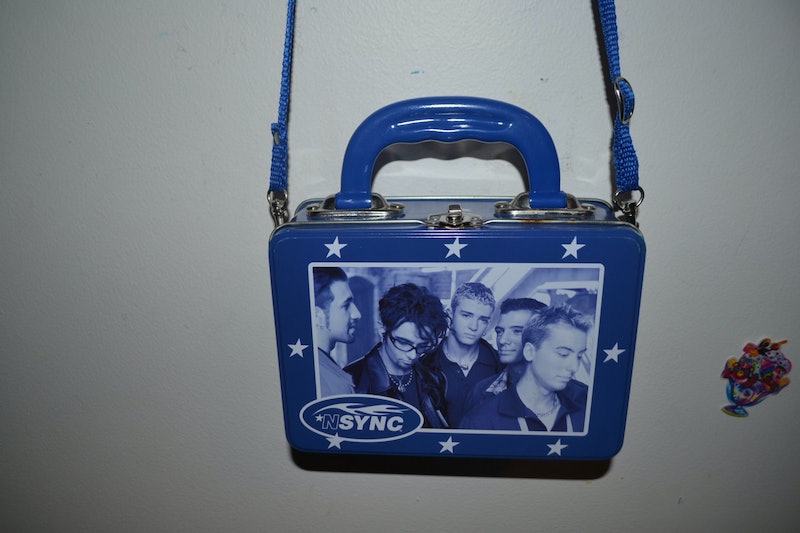 We owe a lot of what we wear nowadays to '90s fashion. If it weren't for '90s darlings like Kurt Cobain and the Riot Grrrls, our wardrobes would likely look vastly different. Thanks to their influence, many of us embrace tattoo chokers, Dr. Martens, flannels, and bleached hair with delightfully dark roots. It's obviously important that we pay homage to the decade responsible for bringing us punk rock, vampy lips, and baby buns, but there are also certain '90s trends many of us have long forgotten.

When you think '90s, you might envision plaid jackets tied around distressed mom jeans. However, not every '90s fashion trend is necessarily worth reclaiming. As much as Millennials love to glorify the decade, it also had its fair share of fashion don'ts. From the trends we deemed infinitely uncool, to the ones we've just blanked on, the '90s wasn't all heavenly grunge.

When reminiscing about my childhood, I fondly remember jelly shoes, chokers, and overalls. But some of the choices adults were making around me and that one classmate who only ever wore Sean John sweatsuits are things that I'd prefer to forget. Here are some of the '90s fashion trends you may have forgotten yourself, all of which deviate from that vision of '90s babes and effortlessly cool grungy punks.

Before I saw these on every Hot Topic kid in middle school, they were a perfectly normal choice for young guys looking to inject a little badassery into their look. Plus, it was a practical solution to losing track of your cash in deep jean pockets.

So many folks had Reef sandals in the '90s, although usually it was in the form of flip flops. These shoes were very practical, with thick, supportive straps and cushiony soles. However, this does not make for the most fashionable-looking shoe. The worst offenders were the type pictured above, which everyone's least stylish aunt owned at least one pair of.

Not only did these liven up your school cafeteria, but they also served as an ironic backpack of sorts for '90s teens.

What started off as a novelty that one could often get out of those candy machines outside of grocery stores became a full-fledged trend. As a child, I didn't believe that the ring had any kind of mood-reading powers since the one that I owned always stayed the same color (thankfully, since the idea of people being able to read my mood scared me). However, that didn't stop teenagers and adults around me from buying into the things. Eventually, we were graced with mood necklaces and bracelets too.

With the exception of a few cool girls reclaiming it as of late and Dimepiece's bucket hats, these looked best when worn by babies.

Hoops were everywhere in the '90s. In my experience, small hoop earrings on masculine people usually indicated the presence of a slimy dude bro. Of course, Zayn would be an exception here because he makes everything look good.

Young guys repped brands like Adidas, Sean John, and Rocawear. Feminine people wore velour versions in baby blue and hot pink. And grandmas sported them in a kaleidoscope of bright colors. Regardless, they weren't usually worn for athletic purposes and appeared everywhere from classrooms and grocery stores to the streets.

These weren't particularly fashionable, but they were so fun to snap on with a gentle whack to your wrist. Plus, they came in all kind of colors and patterns.

I didn't see a lot of backwards caps IRL as a kid, but they were certainly all over the media. These were worn completely un-ironically by just about every guy on TV (as well as your average "tomboy"). Of course, they're not to be confused with the even dorkier bro rocking a sideways cap.

Was it a shirt? Was it an accessory? Nah, it was both. Bandana tops were popularized by the pop princesses of the '90s. We likely asked our parents if we could have such a shirt for our birthdays, only to be greeted with a definitive, "Don't even think about it."

Not only were they colorful. They were also perfectly rounded or distinctly ovular, giving us that slightly mysterious vibe we so craved for the ultimate cool factor. With Mary-Kate and Ashley Olsen as our style icons, these sunnies were a must.

There was clearly a lot more to the '90s than grunge, and it certainly wasn't all good. But even the forgettable trends are still worth a chuckle 15 years later.

Want more '90s nostalgia? Check out the video below, and be sure to subscribe to Bustle’s YouTube page for more inspo!

More like this
Britney Spears Shares & Deletes Photos Of Justin Timberlake From 22 Years Ago
By Jake Viswanath
Winter 'Love Island's Revamped Fashion Is Heavily Inspired By Kravis
By Sophie McEvoy
12 Fashion Trends That Are Going To Dominate Winter 2023
By Allie Fasanella
'Friends' Star Maggie Wheeler Offers Support To Matthew Perry After Reading His Memoir
By Alyssa Lapid
Get Even More From Bustle — Sign Up For The Newsletter
From hair trends to relationship advice, our daily newsletter has everything you need to sound like a person who’s on TikTok, even if you aren’t.