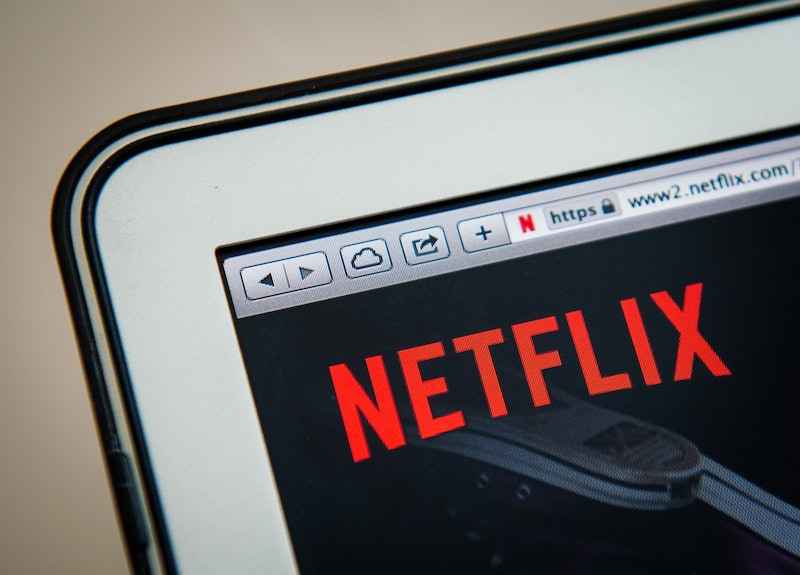 It's Friday night, and if you are me (and quite likely if you are not me, too), that means that you have Big Plans — plans which others might refer to as Quality Time With Netflix And My Couch. As such, it's only fitting that the ONE Netflix hack you need to know has just reared its delicate little head and reminded us all of its glorious, magnificent existence. Alexis Madrigal over at The Atlantic wrote about it back at the beginning of 2014, so to be fair, it isn’t new; however, it’s making the rounds again thanks to Gizmodo, so let's take a look at how it works, shall we? One thing's for sure: You will never Netflix and chill (literally, not figuratively) the same way again.

It’s pretty simple, all things considered. First, go to your favorite Netflix genre and take a look at the URL for the page — it should be something like http://www.netflix.com/browse/genre/10673 (that’s “TV Action & Adventure,” for the curious). That five-digit number at the end? That’s where the magic happens. All you have to do is replace it with another number corresponding to another genre by manually deleting it and typing in the new code, hit enter, and voila — a genre or subgenre you probably didn’t even know existed. For example, I was thrilled to discover that http://www.netflix.com/browse/genre/15 leads to a page full of “Suspenseful British Independent Movies.” You know me so well, Netflix; whatever would I do without you?

The most complete, unofficial databases for these genre IDs right now appears to be this Google doc and this Github page, although a few other sites out there might get the job done, too. I was curious, however, about what might happen if I approach the whole thing from the same angle that I do when dining out in a country where I don’t speak the language: That is, pointing at something random on the menu and finding out what it is when it arrives. It’s fun, it’s usually tasty, and it’s one of my favorite things about traveling.

So, knowing that there are somewhere in the neighborhood of nearly 77,000 subgenres available on Netflix (as per Alexis Madrigal), I started typing in random numbers, just to see what came up. I frequently encountered this screen…

…which I’m a little unclear about. I assume it means that the number I typed doesn’t actually represent a subgenre, but I suppose it’s also possible that it’s a general error screen. Additionally, I suspect that this screen may come and go depending on what’s actually available for streaming at any given time.

In any event, though, here are eight subgenres I did manage to stumble upon while conducting my little experiment:

You’re probably familiar with The Cabinet of Dr. Caligari and at least the story of Faust, but for the curious, here’s the description for Blood Glacier: “After a glacier in the Alps leaks a mysterious red liquid, a group of scientists must defend themselves against hordes of biological monstrosities.” It’s only rated one star for me, so I suspect it isn’t very good, but oh well. You win some, you lose some.

By power of Grayskull!

This is just one of many categories that has only one or two movies populating it. A quick IMDB search for Richard Rich reveals that most of his recent work is for this Alpha and Omega series; in the late '80s and throughout the '90s, he seems to have mostly made short religious films. He does, however, have two enduring classics under his belt: The Fox and the Hound and The Black Cauldron.

Same goes for this one. As far as I can tell right now, in order to qualify as “understated,” a Western must a) have been made within the last three years, and b) make no mention of Johns Wayne and Ford.

No one else is allowed to watch these movies. Sorry, adults and under-11s.

Is anyone else kind of surprised that the Jackass movies aren’t listed here? Side note: If I ever become a Sith commander, I want my name to be General Mayhem. Just sayin'.