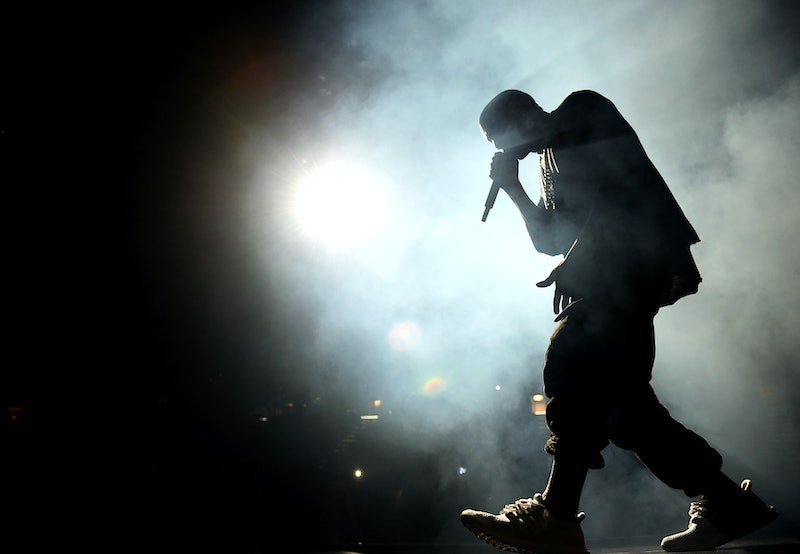 I don't care what you think you know about this musical festival, but the 2016 Governors Ball lineup was just announced, and once you see it, your hands are going to clickety click over to the website of their own accord and frantically refresh until you're able to get tickets secured for the weekend of June 3-5. Trust me. Even you, skeptic, who, the moment I typed the phrase "Governors Ball", were like, "Oh no thanks, that's not for me." Even you will be skittering around your office shouting the names of the acts into people's faces like some kind of maniac. I don't know if it's because they heard the concerns of people who weren't blown away by previous iterations of the festival, but Gov Ball really turned up the heat this time, with some big names that are gonna blow you away. Are you ready for this?

Kanye West. Beck. The Killers. Robyn. (That's a big one for me, so let's take a second.) Death Cab For Cutie. Haim. Chvrches. Miguel. M83. Father John Misty. The Strokes are effing reuniting for this, as if that's something I can deal with in the state I'm in. And these are just the people and groups in the first four lines of the announcement, so reading any further is only going to cause you to make more excitement poops in your trousers. Here's the full poster, which was designed by Kanye's DONDA creative agency. Check it out at your own peril.

Oh man. I feel like I'm about to pass out, there are so many exciting acts crammed in there. So jettison your preconceived notions about this musical festival, and get your butt in gear to snap up some Governors Ball 2016 tickets, because if this lineup is any indication, they're gonna to be going like hotcakes.