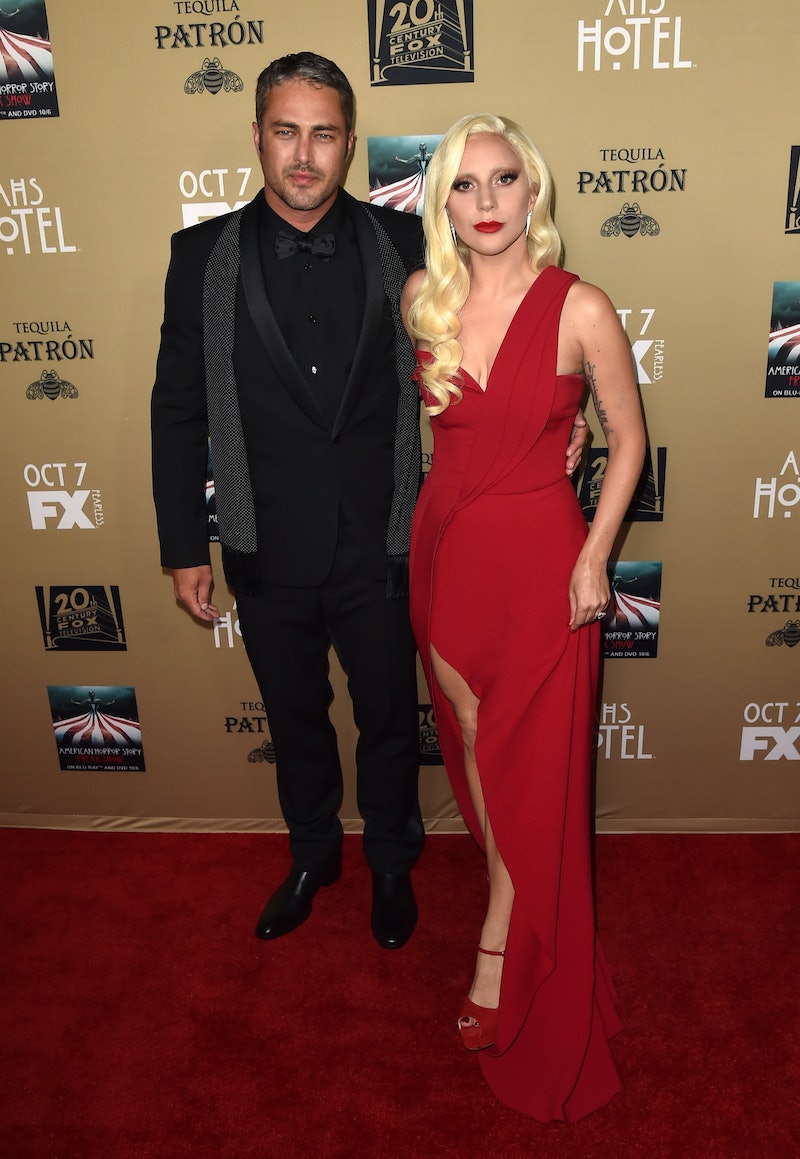 Although it may seem like Lady Gaga has been shocking the world with her outlandish outfits and expressive lyrics (this is the same Gaga that once was "bluffin' with her muffin," after all), she has actually been insanely private about one aspect of her busy life: her relationship with her fiancé, actor Taylor Kinney. Lady Gaga has been dating Taylor Kinney since sometime in 2011, and the actor proposed around Valentine's Day of last year (with a seriously stunning heart-shaped diamond for his lady to boot!), but the normally outspoken star has kept much of their romance on the down low. They've shared a few snaps on social media, made a few red carpet appearances, and have sung each other's praises publicly, but generally keep it all pretty guarded... that is until a new photo shoot for the cover of V Magazine's spring issue!

The "Applause" singer has been guest editing the magazine, and in true Gaga fashion, she was inspired by hers and Kinney's artistic passions for the cover... so much so, that they appeared nude, covered in paint, while posing for a selfie in the mirror together. Gaga's done plenty to be shocking, but sharing such an intimate look at her relationship is one of the most surprising things she's done for a while. Gaga shared of the cover that Kinney "wanted to make love to me on a canvas" and... well, that's what they did.

Since we first met, Taylor's been drawing and painting all over me. Years ago, when we were secretly living in San Diego and crashing on the floor of a beach shack, we never wore shoes. He told me he wanted to make love to me on a canvas.

She told Yahoo! Style that her fiancé's wishes were granted, setting the scene:

Issues of the magazine will be sold starting Jan. 14 for $50, and all proceeds will go to Gaga's Born This Way Foundation, which is "committed to supporting young people and empowering them to create a kinder and braver world."

Gaga added. "During tumultuous times, we hope everyone in the world will see this and be reminded to love each other wildly, generously, totally, colorfully, without fear and with compassionate hearts,” Gaga explains. “We made a galaxy of endless colors with only brief, black holes of emptiness that are then filled by each other."

They're a gorgeous pair with a gorgeous message to share. So inspiring!