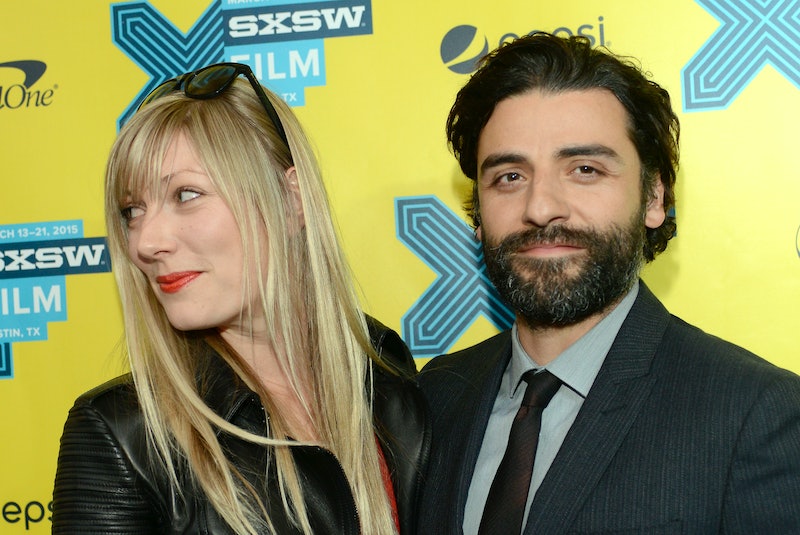 Very rarely does a celebrity come around who seems to shun all forms of celebrity: nary a Twitter post nor a selfie on Instagram. It's kind of like a unicorn. It makes sense that celebrities would rely heavily on social media to connect with fans and promote their latest projects, but some, like Oscar Isaac, really are all about keeping things under the lid. So much so that the Star Wars: The Force Awakens star has been steadily acting in major movies since 2002 (!!) and much of the world has only just taken notice with the release (and massive success) of the latest Star Wars installment in December. Isaac attempted to remain super tight-lipped about his love life in a recent interview with GQ , but now the cat's out of the bag: Oscar Isaac is dating Elvira Lind.

Yep, sorry ladies: "The Internet's New Boyfriend" is taken. Though he's been subject to rampant rumors about his romantic interests, Isaac had never confirmed his relationship status — that is, until the 2016 Golden Globes, when the 36-year-old actor brought documentary director Lind as his date, and kissed her right before he won the award for Best Performance by an Actor in a Limited Series or Motion Picture Made for Television category for his work in Show Me a Hero.

Us Weekly reports that the two "walked the red carpet and mingled with other attendees during the star-studded show at the Beverly Hilton hotel" and have known each other since 2013 when they "created the website Staircase Sessions where they produce acoustic music videos."

Though Isaac's fame has blossomed lately thanks to his role in Star Wars, he seems content to keep some level of anonymity in his private life. Regarding his role in 2013's Inside Llewyn Davis , he told LAN magazine:

I’ve been very happy with the way it has gone, because I’ve been allowed to play such vastly different types of characters. No one said to me, this is what you are, this is what you have to do. So actually that anonymity has served me as an actor. Finally, I’ve been given the chance to shoulder a movie and to be the lead in a film. It’s fabulous for it to be this one, since I’ve been playing music for so long. Things don’t go right for Llewyn, partly because of chance and partly it was his own doing, but in my particular situation, chance was on my side: I was the right guy at the right moment, I mean, had the Coens done this movie five years earlier, or five years later, it wouldn’t be me.

And Isaac told GQ that things haven't changed all that much post-Star Wars:

Obviously I think a lot of people are going to see Star Wars. I imagine I might get recognized more. But right now it's still sort of an abstract idea. And, to be honest, that's something people tell you for a long time. Like, every other movie: "Here it comes! Here it comes! You better be ready!" ... These things go up and down. There's a sense of "Strike while the iron is hot."

Isaac may find it strange that the public wants to know about him (and his relationship status!), but with a career that's only set to rise from here, the iron's definitely hot... and it's not cooling anytime soon. He's one to watch in 2016, for sure.

More like this
This TikToker Has Genius Advice For Boosting Your Dating Confidence
By Lexi Inks
The “Rules For Dating” TikTok Trend, Explained
By Lexi Inks
Lisa Marie Presley Reviewed Baz Luhrmann’s ‘Elvis’ Movie On Twitter
By Grace Wehniainen
Elizabeth Olsen's Chris Evans Friendship Update Was Accidentally Hilarious
By Grace Wehniainen
Get Even More From Bustle — Sign Up For The Newsletter