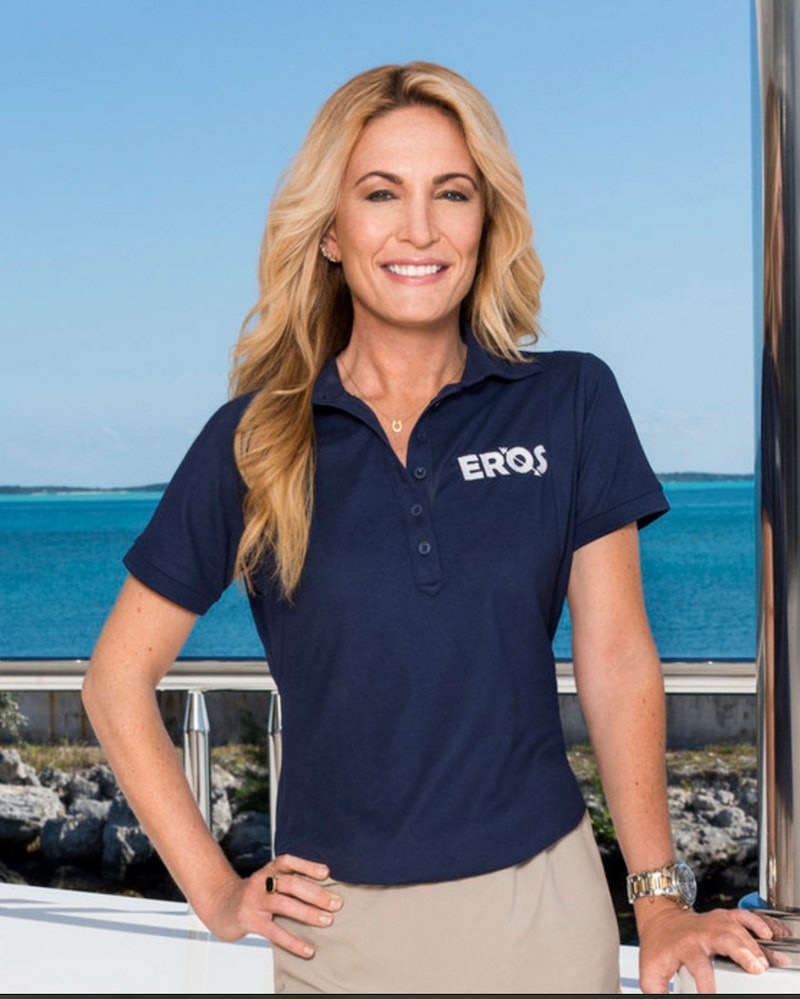 The Queen of the Eros crew has found a special someone, and she's tweetin' it from the rooftops. (And no, it is not Chef Ben Robinson. I mean, that shouldn't be too surprising; that OTP yacht sailed into the sunset once and for all at the end of Season 3.) The Daily Dish blog confirmed that Below Deck ’s Kate Chastain is in a relationship with a mystery woman. “I’m not gonna say who she is quite yet, but she’s pretty amazing," the chief stewardess told the The Daily Dish. "She’s smart and athletic and gorgeous." Chastain added that this is the first time she's been in a relationship with a woman but does not "really think about labeling it too much."

“I never, ever imagined myself dating a girl. I never was attracted to girls. So I’m a little caught off guard, but she’s just a really special person,” Chastain explained. “We met just met in our hometown at a bar one night and started chatting. I thought she was really cool, and I never thought it would ever lead to anything romantic and then just over time it did.”

Though Chastain has elected to keep her new girlfriend’s name under wraps, she has not shied away from sharing photos of their canoodling. On New Year’s Eve, the Bravo star tweeted this pic:

Aw, Kate! I'm so excited for you and your new relaysh! This is more exciting than that time a bottle of Don Julio 1942 materialized via magic speedboat!