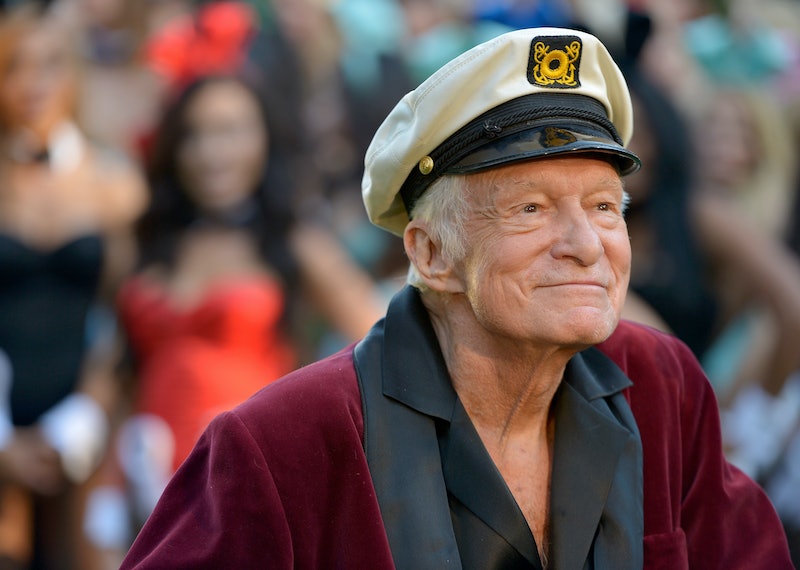 In news that will surprise absolutely no one, Hugh Hefner is apparently a fan of The Wolf of Wall Street. Hmm... I wonder why? Could it be the money? The repeated use of the f-word? Jonah Hill? No, no, and maybe. The real reason is the boobs everywhere. This movie had soooooo many of them and the Hef is known to like a good boob. Well, more like, several dozen boobs. In his pool. And around him at all times. Apparently, it had such an effect on him that Hugh Hefner thinks Wolf of Wall Street star Margot Robbie should be in Playboy .

In reference to Robbie in particular, Hefner said, "The girl that plays [Jordan Belfort's] wife in [Wolf of Wall Street] is very, very pretty." Us Weekly then asked if he would consider her as a Playmate and Hefner responded, "She should be in Playboy! Send her a message! We're ready for her. She would be great."

So, Margot Robbie, if you're reading this, Hugh Hefner wants you. This 87-year-old man is ready for you to take a little break from starring in blockbuster movies and head on over to your photoshoot whenever you're ready. If you don't, no worries. This octogenarian can just rewatch his favorite WoWS parts over and over and over again.