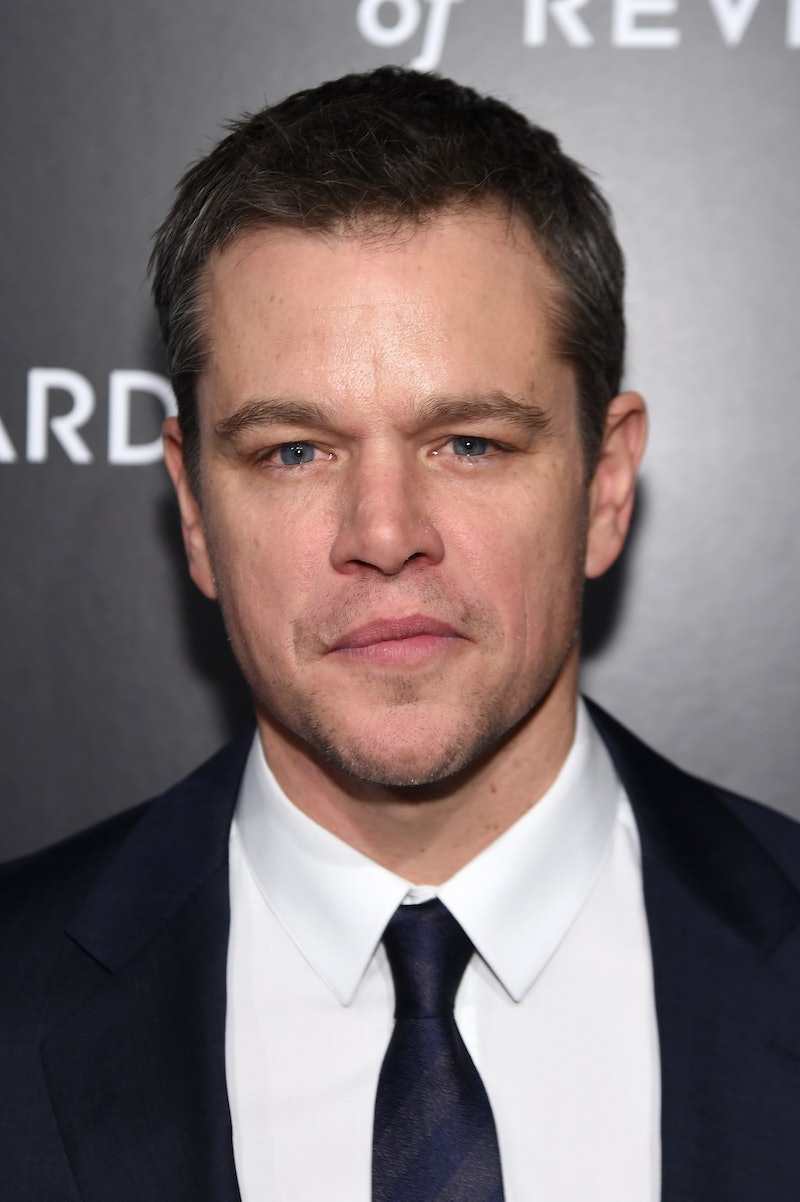 There are plenty of actors out there who, despite giving incredible performances, unfortunately continually go unrecognized by award shows. Do I have to say who I mean? OK, fine — actors like Leonardo DiCaprio. But while DiCaprio's many snubs have become something of a universal inside joke, there are other stars who suffer a similar yet lesser-known fate. For instance, has Matt Damon won any oscars? After all, he's an actor, who, like DiCaprio, has proven himself as leading man material.

Well, the answer is yes and no. As in, yes, Damon has indeed won an Academy Award. But, no, not for the skill you presumed he would. Damon is an Oscar winner not because of his acting abilities, but for his writing skills; he won the Oscar for Best Writing, Screenplay Written Directly for the Screen in 1997 for Good Will Hunting. That's great and all, but you can still be outraged that he didn't win the Oscar for acting in that film, or for his work in just about any of the other movies he's done, especially considering the wide range of subject materials and genres he's explored and pulled off.

But just because his film acting has not yet been officially recognized by the Academy in the form of a gold statue doesn't mean Damon hasn't made it close enough to nearly grasp it. Case in point, the actor was also nominated for his role as Will Hunting in Good Will Hunting, though he didn't win, and was nominated again 2010 for his role as Francois Pienaar in Invictus. Rightly so — those two performances were absolutely exemplary.

More recently, Damon's role in The Martian has gotten awards show level praise. In fact, it's been deemed potentially Golden Globes worthy, as his nomination not-so-subtly declares. Not all the time, but quite often, Golden Globe noms go hand-in-hand with Oscar noms, and so an Oscar for Damon isn't out of the question. Sure, Damon's had other Golden Globe-nominated film acting that didn't go on to get Academy Award recognition, namely for his part in The Talented Mr. Ripley and The Informant, but perhaps his stellar performance in The Martian is enough to sway the odds in his favor.

And, even if it isn't, it's apparent that Damon is doing just fine career-wise without an Oscar for his acting abilities. Besides, there's still that whole DiCaprio situation to rectify. Maybe we should let The Revenant star have this one, first. Damon will have plenty of opportunities to clench a second Academy Award, I'm sure of it.