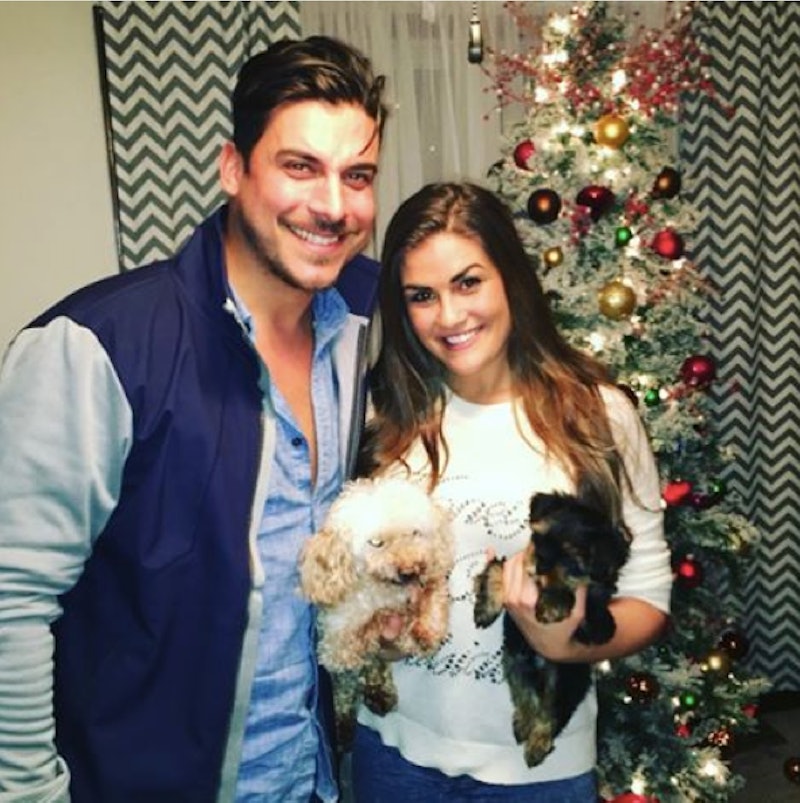 Jax Taylor has a reputation for being a bit of a Lothario on Vanderpump Rules. He's smooched his way through most of the SUR staff, both past and present, most extensively (and I'm sure to his chagrin at this point) with Stassi Schroeder. It always caused him trouble, but the heart (to keep it PG) wants what the heart wants. However, his habits may have changed, as Vanderpump Rules Season 4 has shown him with a new girlfriend, and so far it seems like they're really hitting it off. Since the season was filmed months ago, I have to ask, are Jax and Brittany Cartwright still together?

To understand the momentous occasion that is Jax Taylor settling down, you first have to understand his past. When we first met Jax, he was with Stassi. Their love was fire, but always on the brink of spiraling out of control. He had a tattoo of her name, and he cheated on her. She told him he was the devil, and they would break up often. They fought constantly, and Jax honestly couldn't keep it in his pants long enough to make up with her. After Stassi found out that Jax slept with Kristen Doute, a fellow SURver and friend of the couple's, it was definitely over. Way over. Jax dated a little after Stassi — viewers of Vanderpump met Carmen Dickman, one of Kristen's friends, who works for website The Chive and was all-around awesome. She also couldn't get Jax to commit, and she owns the iconic moment on the show where she, and I'm paraphrasing here, told him that he was almost 40 and he needed to stop dating 22-year-olds and screwing around.

Jax started dating Brittany next, and she seems pretty cool, plus has a good head on her shoulders. The two met in Vegas, and after a little bit of courtship, Jax invited Brittany (who is from Kentucky) to come to Los Angeles and live with him. That Jax always did move fast. But damn the naysayers, y'all, because it sure seems like Jax and Brittany are still together! Let's take a look at their loving adventures since Season 4 wrapped.

They’re Celebrating The Holidays Together

You know you’re solidly a couple when you’re traveling to your SO’s hometown to celebrate the holidays with his or her family. That’s the case here, as Jax traveled down to the family farm (no, really, there’s a farm involved) in Kentucky to hang out with Brittany’s family. He even spent some quality time four-wheeling with her dad.

They’ve Adopted A Pup Together

Jax and Brittany are so deep in their love that they’ve decided to take care of a small creature together. They adopted a teacup Yorkie that they’ve named Kingsley.

What’s that old adage about the way you spend New Year’s Eve is the way you’ll spend the year? If it’s true, Jax and Brittany are good to go for at least another 12 months. They rang in 2016 at Jax’s new restaurant, NOW Ventura.

Has Jax Taylor finally settled down with Brittany? We’ll have to wait to find out, but things look good for these lovebirds.