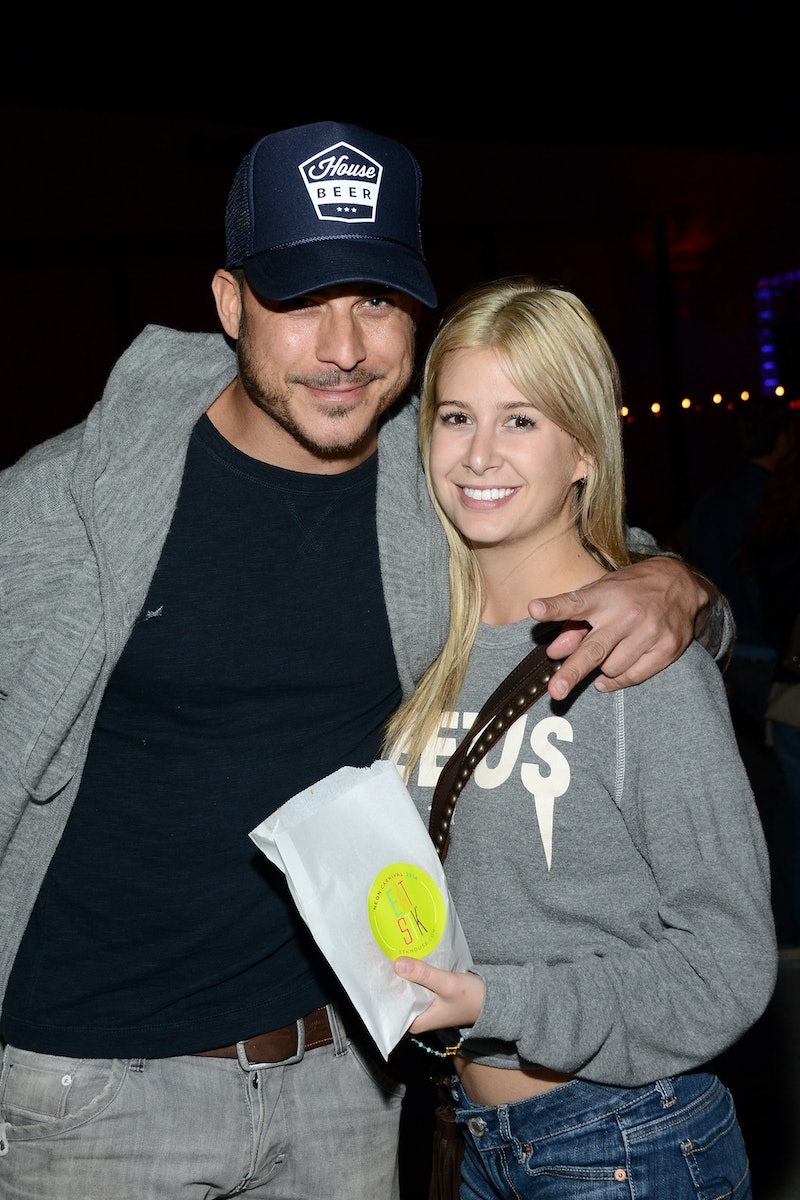 The first round of Jax Taylor and Carmen Dickman's relationship might have not lasted long, but we might be able to say the same for their breakup. Round two of Taylor/Dickman could be a go! Back in March, the Vanderpump Rules star and Dickman called it quits. Their split was amicable (I know this because she tweeted it), and the two even hit the Coachella party circuit together back in April. At the end of April, Taylor, Dickman, and other Vanderpumpers partied together in Las Vegas. What happened in Vegas didn't stay in Vegas, however: There are pics and stories that suggest Taylor and Dickman could be rekindling their relationship. But! According to Radar Online's source, "They have fun together and are good match. But, they aren’t making anything official – for now.” O RLY?

Here are the three biggest details from the weekend: 1) Taylor kissed Dickman on the cheek while they danced at Hyde nightclub; 2) Dickman fell and injured herself, so Taylor took her to the emergency room; 3) Taylor introduced Dickman to Tiffany Matthews, his ex-girlfriend and “close friend.” Matthews says she's "happy for them." Ooh la la!

Radar's source may say Taylor and Dickman aren't making anything official, but it sure seems like they're an item. There's only one thing to do: Investigate, i.e., consult their Instagram accounts.

Here are some notable photos from Dickman and Taylor's Insta accounts (Instaccounts? Is that a thing?). I will rate them on a 1-10 scale. Not just any scale, but a Back Together Scale. It's an incredibly scientific and objective scale (and I made it up just now).

IT’S A DATE. Yes, “friend dates” are a thing, but is a "friend date with an ex a month after the breakup" a thing?!

Where this falls on the Back Together Scale: 8

Look at that body language!!! They're leaning toward one another. His hand is draped gingerly over her shoulder. She's nestled into the crook of his arm.

However, there is a chance he lost his balance the moment the photo was snapped. This pose could've been unintentional.

Where this falls on the Back Together Scale: 5

Where this falls on the Back Together Scale: 7

Sunday night, Taylor took Dickman to the hospital after she fell and injured herself. While going to the hospital with someone isn't necessarily a romantic move (friends take friends to the hospital), it does say they are still very close.

Here's the kicker: I assume Taylor had to cut his Vegas evening short to stay by Dickman's wounded side. Taylor takes partying very seriously, so his putting a night at the clubs on the back burner speaks volumes.

Where this falls on the Back Together Scale: 8

Do you know who can get away with taking sleeping photos? Parents, best friends, and significant others. Exes cannot, IMHO.

Where this falls on the Back Together Scale: 9

As far as I'm concerned, a pair of Gucci shoes is the most serious gift someone can ever bestow upon another person (after a diamond ring, of course).

Where this falls on the Back Together Scale: 10

Conclusion: They might be not be "official," but come on.