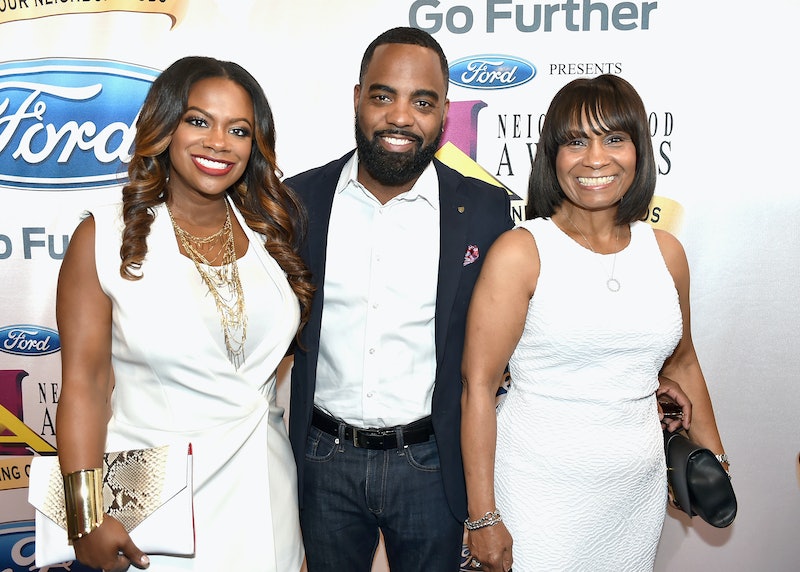 Who knows why Bravo decided to air a new episode of Real Housewives of Atlanta opposite of the Golden Globes, but while many were celebrating the best and brightest of Hollywood, in the ATL, Kandi Burruss' Mama Joyce confronted Phaedra over the dissolution of her friendship with former BFF Kandi. Mama Joyce usually is more of a negative influence on Kandi, which is why the 'wife wasn't eager to have her mom get involved in the situation, especially since she'd rather focus on her pregnancy.

But of course, Mama Joyce couldn't help herself, and wound up getting involved in the conflict by showing up to Phaedra's office unannounced in order to have an impromptu meeting about why the two need to repair their friendship stat. As the show reminded us, the last time Mama Joyce appeared at Phaedra's office, she threatened to choke her out for introducing Kandi to Todd. At first, the meeting was totally awkward, as Mama Joyce directly asked what happened between Kandi and Phaedra in order to cause this distance between them. And when Phaedra tried to brush off their fight, Kandi's mom brought up the whole Don Juan/Porsha confrontation, and busted out a few veiled threats about Phaedra not doing anything to threaten Kandi's "high risk" pregnancy.

But then things took a more positive turn as Mama Joyce invited Phaedra to help plan and attend Kandi's baby shower. And, along with the invitation, Mama Joyce must have prompted Phaedra to actually get things moving on the workout video payments, because Todd wound up happy as well, celebrating that he managed to get the money he wanted. And now that baby Ace Tucker is in the world, it's nice to see that, perhaps due to Mama Joyce, Phaedra was in the delivery room with Kandi, just like Kandi was at the birth of both of Phaedra's sons.

It's not often that Mama Joyce winds up making people get along better, but she always knows best — so it's nice to see that she's using her powers in order to help repair the friendship between Kandi and Phaedra. And, by the way, she's already staking her claim as the "Granny with a nanny" — she's so cute with Ace!