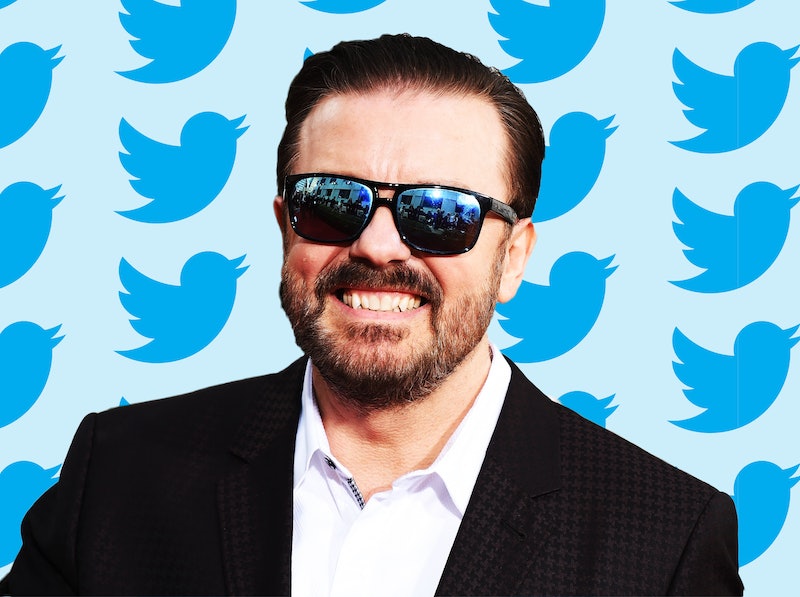 Hosting an award show has got to be hard. Not that I'd know, because I have never hosted one, but I think it's safe to assume, right? I mean, it was hard for me to make it through my public speaking class in college. That said, typically, no matter how bad I think the host does, I give them at bit of credit. But, um, maybe not this time. Case in point, Twitter is furious at Ricky Gervais over his Golden Globes monologue at the Golden Globes. And, honestly, it’s not too hard to see why.

If you didn’t happen to catch the start of the Globes, Gervais managed to offend audiences with his brash and unforgiving humor. You see, the fact of the matter is, many people just simply did not find him humorous as twitter proved. At least, not in this instance. In my opinion, If you’re going to be free with your jokes, social media is going to be free with their criticism right back. And, oh boy, were Twitter users free on this Golden Globes night.

Here are some tweets that sum up just how very tried of, or just down right angry with, Ricky Gervais people are:

People Just Want Him To Stop

While Others Have Begrudgingly Accepted Their Fate

But, Mostly People Are Still In Major Disbelief

People should process how they see fit.

Some Are Placing The Blame Else Where

But, One Hero Took Personal Responsibility

It's about accountability, guys.