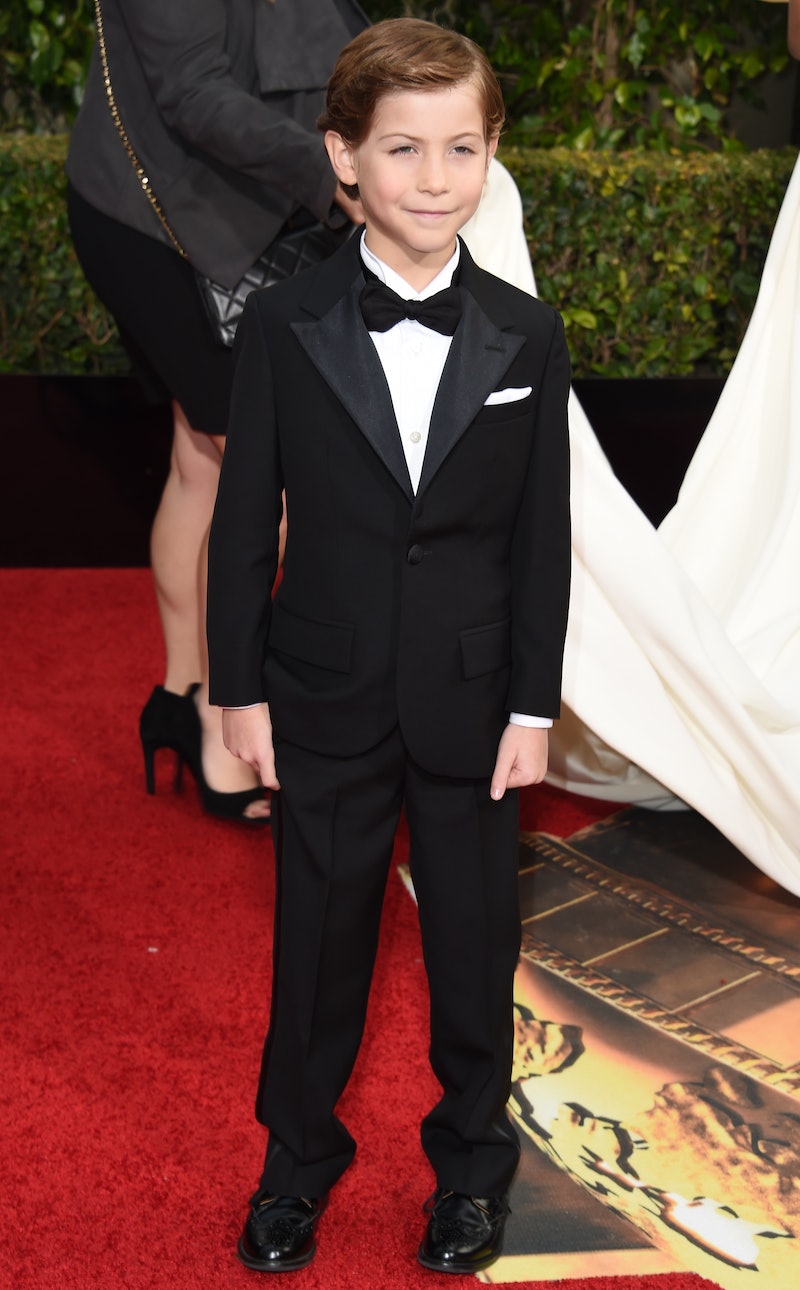 One of my favorite parts about the 2016 awards season has been seeing Jacob Tremblay, the 9-year-old star of Room, on the red carpet. Tremblay, who gave a fantastic performance in the acclaimed drama as a child who's been imprisoned with his mother for his entire life, has been absolutely adorable in every pose and interview he's done during awards season thus far. But at the 2016 Golden Globe awards, it wasn't the kid who made waves (although he was as adorable as always, light-saber fighting with Giuliana Rancic) — it was his father. Yes, really, Jacob Tremblay's dad stole the Golden Globes out from under his son, for one very important reason — how attractive he is.

Seriously, you guys: Jacob Tremblay's father, a Canadian police detective (yes, really), is my new big crush, and if you're watching the Globes this Sunday, he's probably now yours, too. This guy is absolutely smoking hot, and on the red carpet, he looked very handsome posing next to his adorable son. To make matters even better? The older Tremblay is apparently a great guy, at least according to his son, who posted this sweet Instagram tribute to him late last year:

And here's him at the Golden Globes. Oh, man, you guys. I'm in love.

Here's hoping that if Jacob Tremblay makes it to the Oscars (which he totally should — he deserves a nomination for his work in Room) that he brings his hot dad along with him.