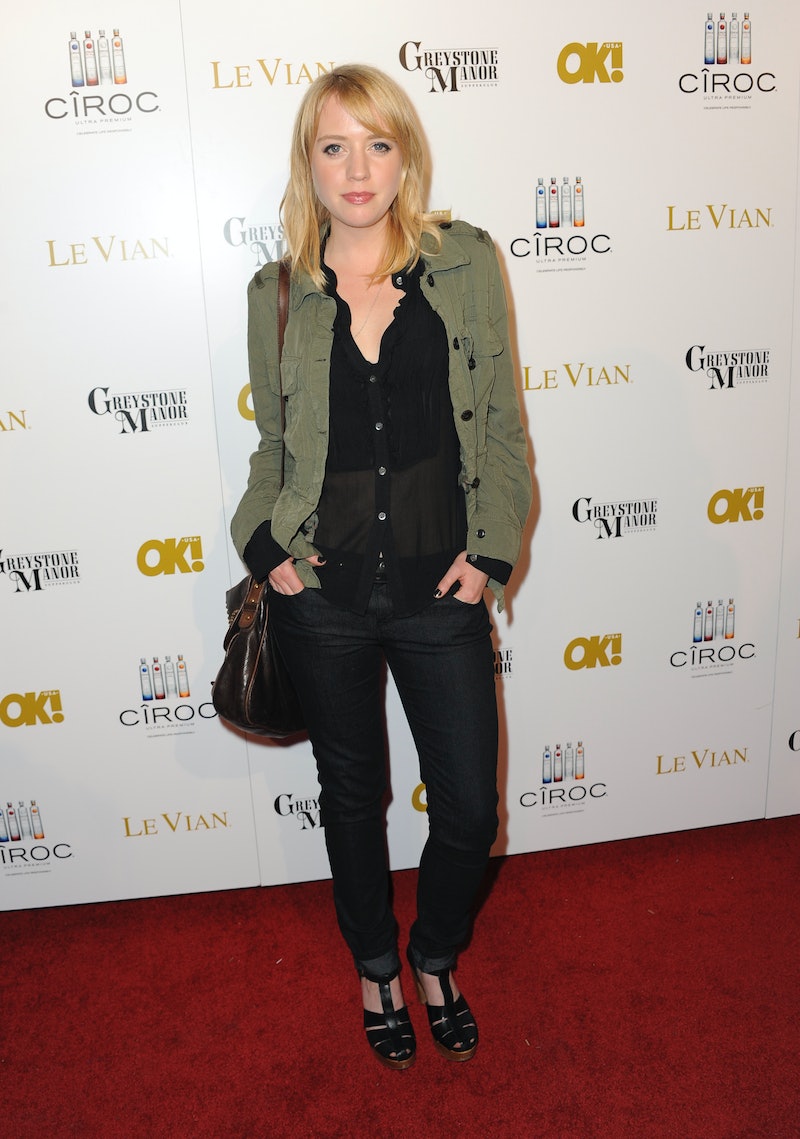 I used to be obsessed with a little Canadian television show called Instant Star. The show, which, at the time, aired in America on The-N (now TeenNick) was about a 16-year-old girl named Jude Harrison who gets to live out her rockstar fantasies when she wins a singing competition. Played by the former So Weird star Alexz Johnson, Jude Harrison's music was so great that I was always kind of bummed that she wasn't an actual musical artist. Luckily, her alter ego, Alexz Johnson, is — and she's every bit as amazing as she was on Instant Star.

The Canadian import is now a Brooklyn-based songstress, and it seems that her time in America is treating her well. In fact, it's what inspired her new single, "American Dreamer", which the singer says was inspired by living in New York. Johnson, who was recently profiled in Nylon, has a strong fan base from her time as Jude Harrison and there are many people eagerly following her new career. Her fan base is so loyal that she decided to forgo major record deals and instead release her EP, Heart, independently.

As for the new song, well, it's awesome — and definitely different than what you'll hear on the radio today. If you haven't heard Alexz Johnson before, she has one of the most unique voices out there. Though she may have started as an actress, it seems that Alexz Johnson is right where she should be — let's hope more people notice.

More like this
Selena Gomez Joked About Her Relationship Status In Her ‘SNL’ Monologue
By Grace Wehniainen
After 'Heartstopper' Used This Indie Artist’s Song, Streams For It Soared 8,000%
By Alyssa Lapid
Taylor Swift Knew Hayley Kiyoko & Becca Tilley Were Dating 4 Years Ago
By Grace Wehniainen
Mick Jagger Calls Harry Styles A "Superficial Resemblance" To His Younger Self
By Jake Viswanath
Get Even More From Bustle — Sign Up For The Newsletter