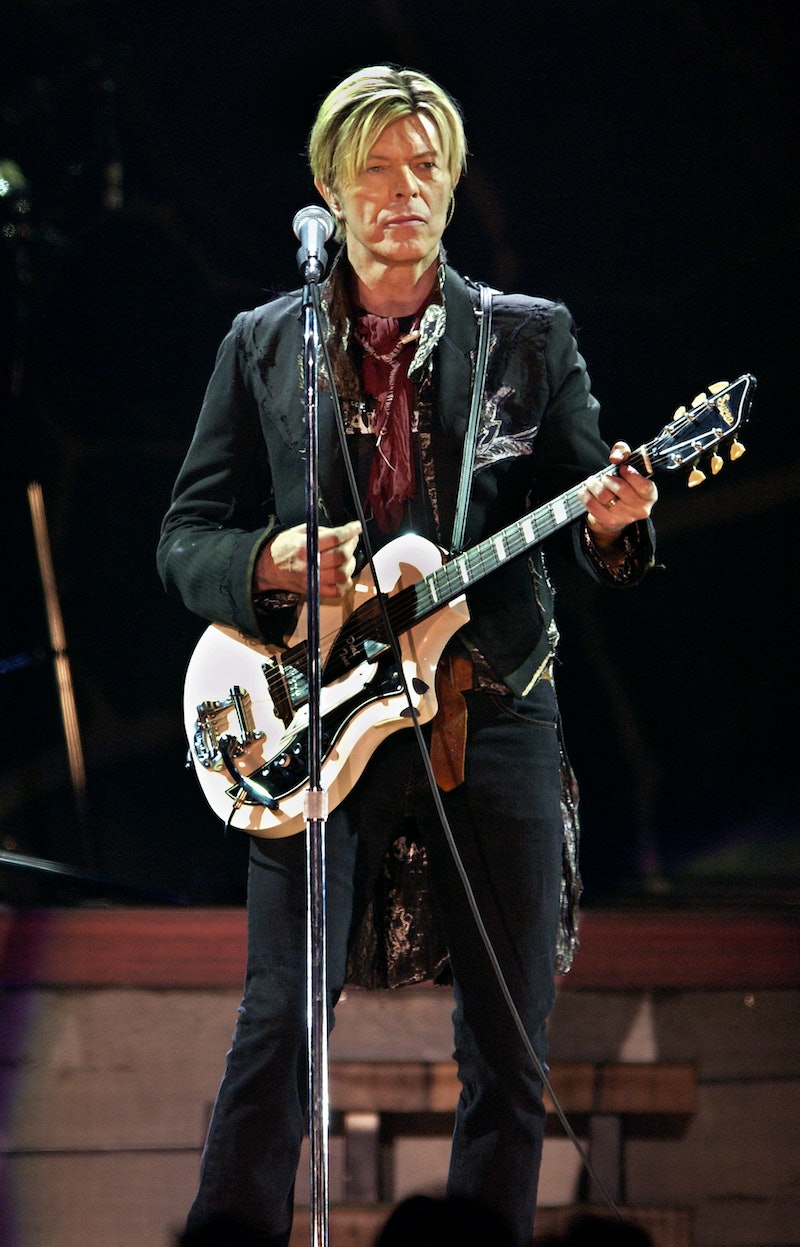 On Monday, Jan. 11, the world lost an icon of music, fashion, art and even acting. But I don't need to tell you that — you're probably already all too familiar with the tragic death of the great David Bowie, who, it was announced early Monday morning, passed away after a battle with cancer at the age of 69. Losing Bowie so suddenly feels awful, and just unbelievable; this was a man practically permeated our collective consciences for decades. How can someone like that just be gone, and will any tribute to Bowie be enough to commemorate his legacy?

Bowie had an effect on everyone and everything throughout his career, not only with the art he created, but also with the art he inspired. One such example of this is in the poetry of writer Tracy K. Smith, specifically her collection Life on Mars, for which she won a Pulitzer Prize for Poetry . This acclaimed collection references Bowie not just in its name, which also happens to be the title of one of the musician's track, but even specifically in one of the poems, Don't You Wonder, Sometimes? On the day the world learned of his untimely death, the poem is a fitting tribute to David Bowie and the incredible life that he led.

The whole book is worth a read: its themes on life and death and space and humanity are something every person can identify with. The idea that David Bowie is some sort of whimsical pixie-man is also an idea that fans can appreciate.

Rest in peace, Starman, and may your fans continue to carry on your legacy with more and more beautiful art.