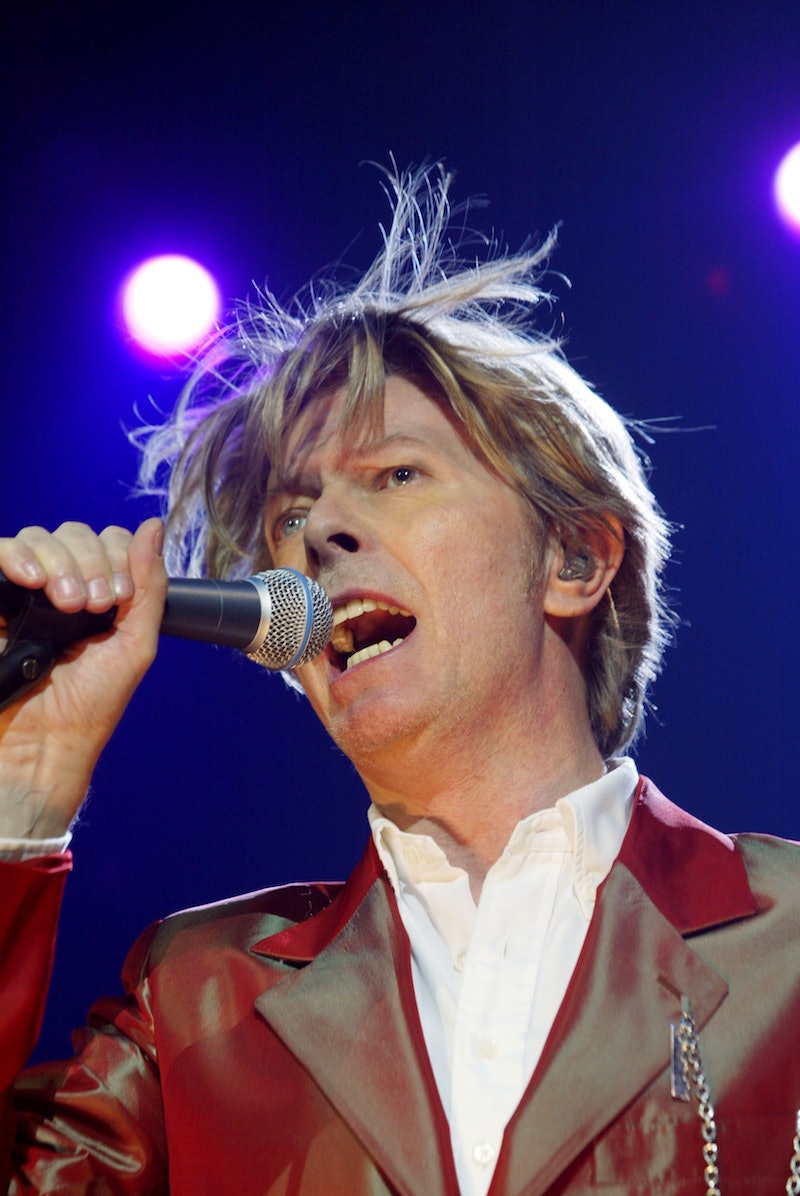 On Monday morning, the world woke up to some pretty heartbreaking news. After battling cancer for 18 months, music legend David Bowie died at 69 years old. The news was confirmed with a message from his official Facebook page, and music fans all over the world are mourning the sudden loss. Since releasing his debut album, David Bowie, in 1967, he enjoyed a career that spanned nearly five decades. Even after all that time, Bowie never stopped making music, and earlier this month, he released Blackstar, his latest and final album. And if you want to remember Bowie by listening to some of his music, you might be wondering if Blackstar is on Spotify.

The streaming service is offering full access to the album, as well as many of Bowie's other hits. In fact, if you logged into Spotify on Monday, you probably already noticed the message that displays on the homepage reading, "Rest in peace, David Bowie." And as if clicking to listen to his full discography isn't easy enough, Spotify has even put together a playlist in remembrance of him called "This Is David Bowie," featuring 50 of his biggest songs. If you're already listening, you're not alone — more than 23,000 people have already subscribed to the playlist.

And if Spotify isn't really your thing, you're in luck. Apple Music users can find Blackstar streaming through iTunes, too, along with the rest of Bowie's music, and it's also available for purchase on Google Play.

More old school and prefer physical albums? There are even more options waiting for you. Blackstar can be purchased in any store where CDs are sold, and if you happen to be making a Target run, you can find it there for $13.99.

With so many streaming services out there, paying tribute Bowie is easy. Whether you've been a fan for awhile or you're just discovering his music, it's a good time to get lost in Bowie's legacy. He may be gone, but he's left a permanent mark on the music world, and everything he left behind will never be forgotten, especially now that it's so accessible for generations to come.