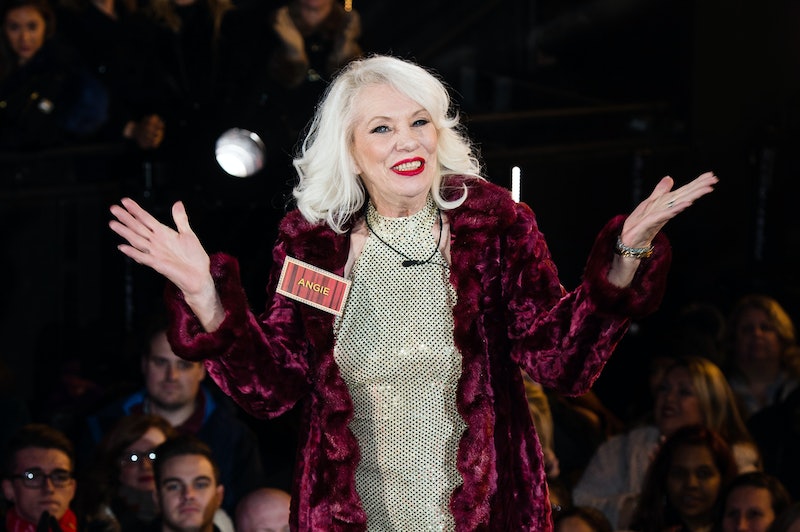 I didn't think it was possible for David Bowie's death to become even more heartbreaking, but this news will do it. As the rest of us found out about Bowie's passing after an 18 month long battle with cancer via his official Facebook page, there's one very important person who wasn't given the news of his death until much later. According to The Guardian, Bowie's ex-wife, Angie, didn't find out about his death right away because she's currently filming Celebrity Big Brother, which requires its contestants to be cut off from the outside world while they're living in the house. So what happens next for Angie?

On Monday morning, Channel 5, who airs the show in the UK, released a statement (via The Independent) saying that the 66-year-old was filled in as soon they were able to tell her in private and off camera. And now that Angie has received the devastating news, she has officially decided to stay and finish competing on the reality show, although she'll be able to leave at any time if she decides she wants to.

Following the very sad news of David Bowie's death, we can now confirm that Angie Bowie has been informed off camera by her representatives. She has taken the decision to continue in the program. The decision to remain in the house is entirely her choice, and she has been given the option to leave at any time if she changes her mind. Appropriate support will be available to Angie at any time if needed.

Angie and David divorced in 1980 after 10 years of marriage, and Angie has said that she has gone to "great lengths" to avoid seeing him post-breakup. While they were married, they had one child together, Duncan Jones.

Being that Angie's Big Brother journey only began last Tuesday, it's totally understandable that she wants to stay to compete. Here's hoping her time spent on the show is much better than this difficult day.