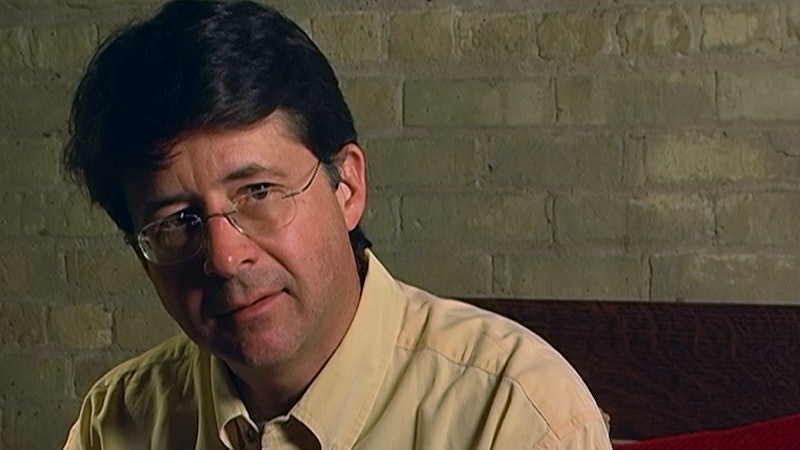 While the most important point of Making a Murderer should not be the attractiveness of Steven Avery's defense lawyers, viewers of the Netflix docuseries have been having fun with the heavy subject matter by being enamored by Dean Strang and Jerome (Jerry) Bunting. If you are one of the many people with a crush on them, but especially on the former, it's OK to wonder if Dean Strang is single. As I contemplated the moral implications of finding Strang compelling and cute when I should be focusing on the horrific murder that took place, I decided to feed my curiosity and learn more about what Strang's love life is like. And sorry, #Strangers, but the most adorable and justice-seeking defense lawyer since Atticus Finch is a taken man.

Yes, really, Dean Strang is married — but that doesn't mean his wife understands the mass appeal of her Stephen Colbert look-alike husband. With the creation of a Tumblr account dedicated to Strang's normcore fashion (StrangCore), the Internet has officially embraced the soft-spoken lawyer's crush-worthiness, and yet in an interview with Slate, Strang confirmed that his wife was surprised by the world's reaction to him n Making a Murderer:

"Surprised would be one word. It’s mostly that she can’t stop laughing about it. She’s about 5-foot-2 and 105 pounds dripping wet or something, but you don’t want to mess with her, so when she’s not laughing, she’s getting a little feisty about it. Mostly she thinks it’s utterly ridiculous."

Although Strang told Slate that he's not on social media — even going so far as to innocently say, "Hashtag denotes Twitter, I think" — he knows that people do have crushes on him, thanks to his recent interviews with the media. And his wife is struggling to come to grips with her husband becoming an Internet sensation. In a Q&A session with WISC-TV in Madison, Wisc. that was live on Facebook, Strang responded to the love by saying, "My wife finds this very, very hard to believe." You can watch Strang's humble reaction around the 15-minute mark in the below video.

So who is this mystery woman who is breaking Making a Murderer fans' hearts? According to the New Republic, Strang married his long-term girlfriend sometime before 2013. Considering that Strang wasn't shown wearing a wedding ring until episode 10 of Making a Murderer, it's safe to assume that he was married after Avery's murder trial, which ended in 2007.

During Making a Murderer, Strang displayed his willingness to explore every avenue that could possibly prove Avery's innocence. Unfortunately, I do not have his resilience when it comes to sleuthing, and more details about his married life haven't yet been uncovered. But for those of you suffering from a serious case of #StrangCrush, now you know the lawyer is in fact married, if still as endearing as ever. In all of his interviews about Making a Murderer, Strang has continued to act as professionally and passionately as he did in the series, without making the focus about him. As Strang told Vogue about his many fans, "[Jerry and I] have laughed about it. My wife can’t stop laughing about it. It’s just preposterous."

Preposterous? The Internet and I object.