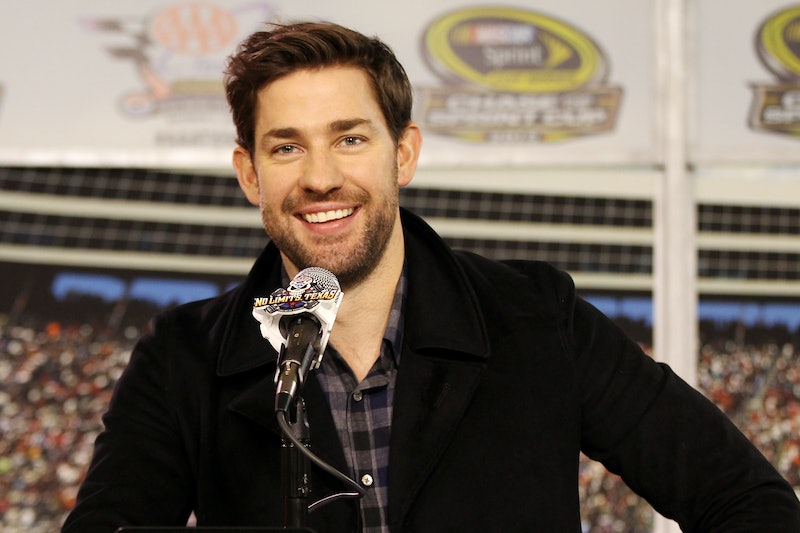 For those among us who love movies, the day of the Oscar nominations is basically akin to Christmas morning. Though it's usually pretty easy to predict which standout films or Hollywood heavyweights will be given the all important nominations, there are always a few surprises among the bunch — hey, isn't that the fun of it after all? Last year, there was a pretty major shake-up to who was chosen to announce the nominees: for the first time, two directors, an actor, and Academy President Cheryl Boone Isaacs read the highly-esteemed list, rather than one actor and the Academy president. Last year, actor Chris Pine was the chosen actor. This year, it's John Krasinski. But why is Krasinski among the crew announcing the 2016 Oscar nominees?

Prior to the 2015 awards, only the 12 celebrity and movie categories were announced live on TV, with one actor and the Academy president at the helm. But telecast producers decided to start having all 24 categories announced, which makes perfect sense: leaving out many of the behind-the-scenes nominees who aren't household names (yet) to favor the actors and directors who are feels unfair. So two filmmakers were added to the mix, divvying up the nominations among four people. Last year, it was Pine and Boone Isaacs along with famed directors J.J. Abrams (Star Wars: The Force Awakens) and Alfonso Cuarón (Gravity).

Pine was presumably chosen for the 2015 show as a promotional effort for his forthcoming film Z for Zachariah and recently released Into the Woods, which received three nominations at last year's Academy Awards. This year, Krasinski is promoting his new film 13 Hours: The Secret Soldiers of Benghazi , which will be released on Friday, Jan. 15. The film is based on a true story about six ex-military members who fought to defend the U.S. Embassy in Benghazi after a terrorist attack on Sept. 11, 2012. Krasinski plays a former Navy SEAL named Jack.

13 Hours definitely feels like a bit of a departure for the actor, most known for lighthearted fare like The Office and romantic comedies like It's Complicated, but it's not actually that far fetched: He played a U.S. Marine in 2005's Jarhead, and his first film appearance was as a Navy radio operator in Thirteen Days, a 2000 historical drama that unfolded the events of the Cuban Missile Crisis of 1962. He's also had a slew of roles in other serious movies, including Duane Hopwood, Kinsey, Nobody Walks, Big Miracle, and The Wind Rises.

Aside from acting, Krasinski has also acted as screenwriter, director, and producer on two serious dramas: 2012's Promised Land and 2009's Brief Interviews with Hideous Men. He's also directing, producing, and starring in an upcoming drama called The Hollars , which will be released later this month at the 2016 Sundance Film Festival.