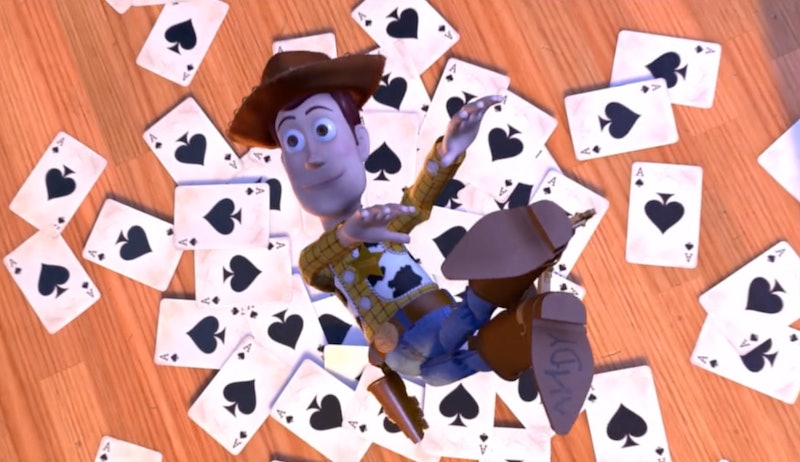 You may think of Pixar movies primarily as films specially designed to make us all cry like wet sponges being wrung out. But in between the bouts of cathartic, uncontrollable sobbing, you might have noticed something else about these beloved animated films: They are chock full of allusions to other films. Editor Jorge Luengo Ruiz has put together a video of all the references Pixar films have made to classic cinema. The montage includes clips from nearly every movie in the studio's oeuvre (Ruiz said that he didn’t include A Bug’s Life because its whole story is a riff on Akira Kurosawa's Seven Samurai). It demonstrates how the Pixar team has pulled its inspiration from an impressive array of sources, which range from the work of the early days of cinema to contemporary big-budget action flicks. Pixar incorporates these nods to other movies into its own productions in ways that range from the obvious to the blink-and-you’ll-miss-it, and each one makes the company's work that much richer for its audience.

One thing that people talk about a lot in relation to Pixar is how its movies, though ostensibly made for children, are also enjoyable for adults. This video deftly illustrates one reason that Pixar may appeal so much to us grown-ups: The films their works reference — both in major plot beats and random little moments — are primarily for adults. We see allusions to Hitchcock’s dark thrillers Psycho, Vertigo, and The Birds, or Stanley Kubrick’s 2001: A Space Odyssey, The Shining, and A Clockwork Orange. There are subtle nods to Kramer vs. Kramer, Blade Runner, and Chinatown alongside references to blockbusters like Star Wars, Raiders of the Lost Ark, and Die Hard with a Vengeance. The allusions have the effect of making us feel like Pixar films don’t exist in some separate category of “kids’ movies,” but are rather embedded within the broader field of cinematic history.

These are a few of my favorite references highlighted by Ruiz's video. Check out the whole piece below to see how your favorite Pixar movie was inspired by other films.