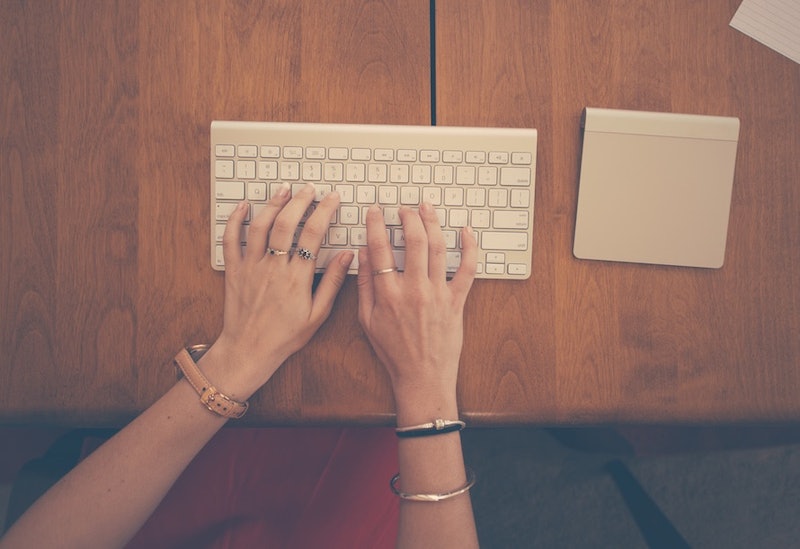 Instead of a mess, what you want is a to-do that's simple and easy so that you'll actually get something done. And if you set it up correctly, all you'll need is a quick glance to know exactly what you should be doing.

I pine away for this level of organization. My to-do list has become a sort of catchall for everything I've ever considered doing. It holds everything from my world travel goals to the dumb little things I have to do, like hand was a shirt. When I look at it, I get overwhelmed and nothing gets done. No world travel, no clean shirt... nothing.

I love organization, but I also sometimes over-organize myself, and I know I'm not alone in this. I have the best intentions when creating a to-do list, but one list turns into five, and they are spread across apps and my computer and a super cute little notebook in my backpack. What was supposed to be organization is now just clutter, and I have no idea where anything is.

But there is a better, more streamlined, way. For those who love organization, or those who just desperately need it, here are some tips for creating your very best to-do list (and actually getting something done.)

Whether it be good old fashioned pen and paper, a document on your desktop, or an app on your phone, you're going to want to choose which organizational method works best for you. According to Whitson Gordon on Lifehacker.com, "Whatever you end up with, make sure it's easy to use. The quicker you can add and remove tasks, the more time you'll actually spend doing them. You should never spend more than a few seconds in a to-do app at any given time. If you are, you're falling back into that pit of over-organizing."

2. Stick With One Method

It can be tempting to have a million crumpled up to-do lists floating around, but try to stick to just one method. If you are using an app, stick with the app. If you prefer a notebook (I personally love the Moleskine daily calendars), then stick with that. If you think of something to do, add it to your one and only list. Don't jot it down on a napkin and expect to remember it.

Don't write down everything you have to do ever in your life. You'll only feel overwhelmed, and you won't end up getting anything done. Instead, stick with the things you actually have to do, or have promised to do in the near future. That way you won't get overwhelmed by a mile long list. According to Gina Trapani on Lifehacker.com, "Just as no one wants to look at an email inbox with 2,386 messages in it, no one wants to have an endless to-do list. It's overwhelming and depressing, as though there's no light at the end of the tunnel. Instead, keep your to-do list under 20 items."

4. Make Separate Lists For Different Areas Of Your Life

I'm looking at my to-do list and it has "pay car insurance" right next to "practice Spanish." Not only are they totally unrelated, but one is a quick, easy, and necessary thing to do, while the other is more a free-time thing that will take me years to complete. And that's exactly why it's important to have separate lists, such as "work," "personal," and "chores." As Gordon notes, "Most to-do apps have a way to separate these. Some apps call it a 'context' tag, others have separate 'lists' with tabs so you can switch between each. That way, you can view just your work to-dos from 9-5, and your personal to-dos when Saturday comes along and you have some free time to kill."

5. Put Tasks In Order Of Importance

Don't let important things, like projects with deadlines, get lost amongst your list. Make sure you prioritize tasks so that all the important stuff gets done. According to Gordon, "It may seem silly to assign arbitrary numbers or letters to your tasks, and you shouldn't think of these as mega important, but giving each task a simple 1-4 when you create it makes your to-do list organize itself."

You want to look at your to-do list and know exactly what to do, so include phone numbers, locations, and the time of day that each task should be done. As Nicole Yorio Jurick notes on Real Simple, "Try a sequential approach by organizing tasks by morning, afternoon, and evening, [or] break the list down by location: do at home; do in the car; do at work." That way when you find yourself at home in the evening, or at work in the morning, you'll look at your list and know exactly which things you can do in that moment.

You can't just write "buy a house" or "go to England" on your to-do list and expect it to get done. Mostly because one does not simply buy a house or go to England. You'll need to break these huge tasks and goals down into more manageable chunks. According to an article by Shana Lebowitz on Greatist.com, "Goals such as 'work on research paper' are much too vague and intimidating ... One way to reduce the fear factor and make goals seem more manageable is to break projects into smaller tasks. Instead of 'work on research paper,' try something more specific, such as 'write first half of chapter three' on Monday and 'write second half of chapter three' on Tuesday."

A to-do list is supposed to be helpful, but they can often get out of hand. Remember to keep yours organized, and simple, and you'll be likely to get more done.

More like this
Black Women's Equal Pay Day Highlights An Upsetting Problem
By Brandi Neal
This Psychological Effect Might Be Keeping You From Hitting Your Goals
By Lexi Inks
The 5 Best SLS-Free Toothpastes, According To Dentists
By Amy Biggart and Danielle Calma
The Spiritual Meaning Of Angel Number 666, Explained
By Brittany Beringer
Get Even More From Bustle — Sign Up For The Newsletter