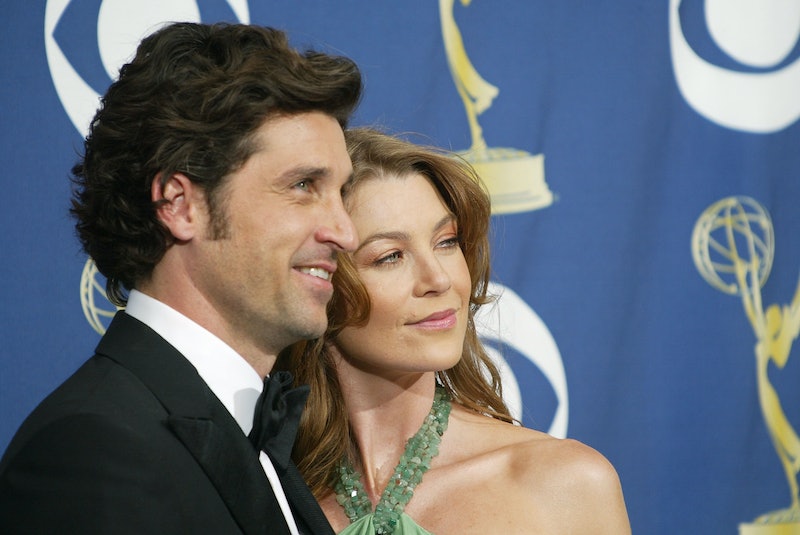 We've talked rather recently about how Grey's Anatomy will likely long outlast all of us as well as probably the crumbling of the entire known world. Continuing along with them on that venture will be Patrick Dempsey and Ellen Pompeo, who just signed new deals to remain with the show for two more years. At this rate they will be on that show until they die of old age.

This is not to say that Patrick Dempsey and Ellen Pompeo are actually all that old, or near death (god forbid) — they're 48 and 44, respectively, which isn't exactly millennial but it's not exactly time to move to Florida or forget how to use facebook, either. Still, in the world of acting there are very, very few jobs that extend to decade-long tenures, let alone ones that go longer.

In the non-acting world, of course, people spend decades in their jobs all the time — so maybe they're just a pair of actors content with that life plan. Gotta have respect for that, especially given that Dempsey's decision to stick around came after some definite hedging on his part, or at least some chafing in that part he's been playing for so long. Here's what he said during this past fall's TCAs regarding how it feels to be playing Derek Shepherd after all these years:

When you’ve been on a show (for nearly 200 episodes), it’s about surviving. You find ways to turn yourself on with the material you’re given. … For me at this point, there’s not a lot of homework that goes into it. You learn your lines and try to be present and try not to get caught acting. I’m glad I have the gig, but it’s not the same as being in a race car. It’s just not.

But he also said this in an interview with TVLine around that same time:

Everything is open to a conversation at this point. Grey’s has been such a remarkable ride. Shonda [Rhimes] has been incredibly supportive. I enjoy Grey’s more than ever in many ways. Our relationships have grown considerably. We’ve all matured over the last 10 years. So it would be a shame to end this.

And end it they will not. Sandra Oh and her Cristina Yang may be jumping ship by the end of this season, but Derek and Meredith are here to stay. Probably until they enter the retirement home and/or meet an untimely death by asteroid, and either seem plausible with Grey's.