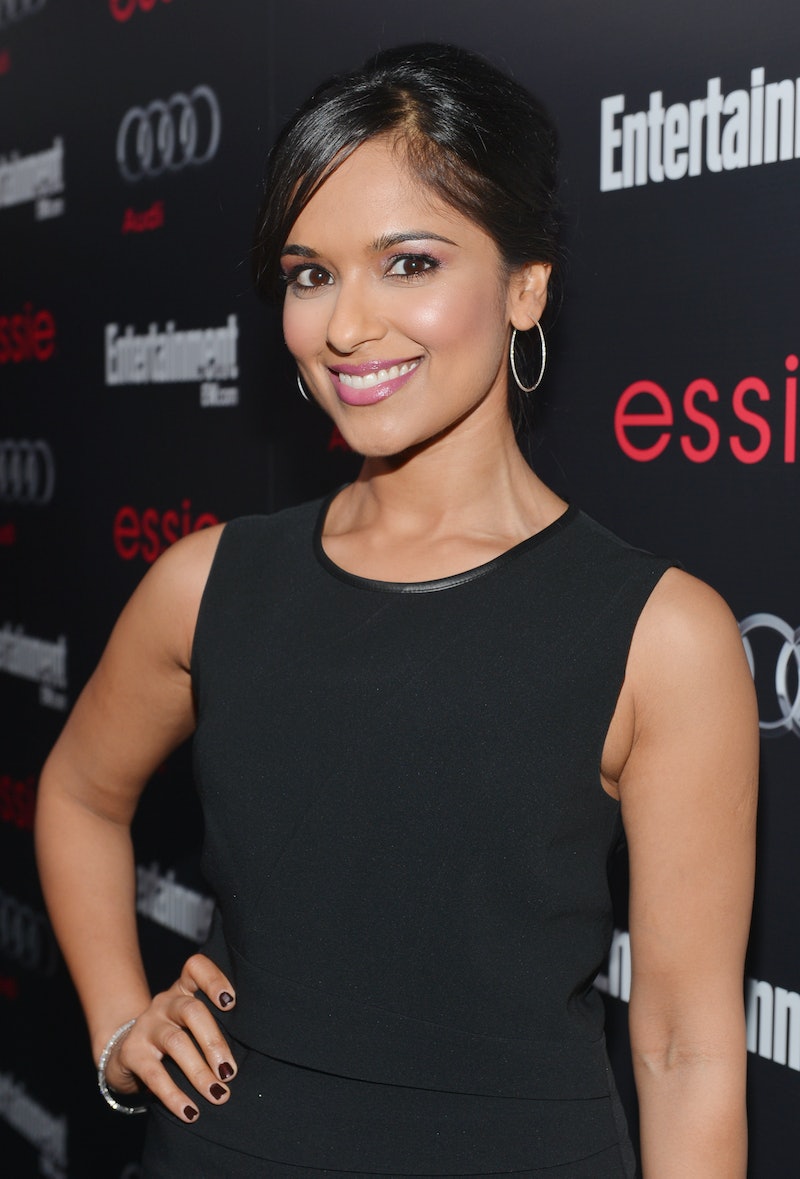 Never a day goes by where I don't find myself thinking back to the wonderful college/sorority/fraternity drama Greek, which aired for four seasons on ABC Family (before it became Freeform). It was one series I could really relate to, mainly because the majority of it aired while I, myself, was in college. When the series came to an end in 2011, I was heartbroken. And since then, I've re-watched it entirely at least twice. Even though the series finale aired five years ago, there's always a chance for a reunion, which would make fans' dreams come true. Well, good news, fellow fans. Dilshad Vadsaria would happily do a Greek reunion.

"I would be on board," she tells Bustle via phone about the possibility of returning to her Greek character Rebecca Logan. "I spoke with [creator Patrick] Sean [Smith], actually, he asked me about if I would do [a reunion]. I was like, 'Yeah, just tell me when.' I would totally do it."

Rejoice, Greek fans. Rejoice. Does this mean a revival of some sort is on the horizon? Well, there hasn't been any sort of announcement, but if the creator is presenting the idea to the cast, then I'd say the chances are very likely. So, let's say it does happen, where would Rebecca be today? Vadsaria definitely has an idea of what Rebecca is up to now. She says,

What Rebecca's doing now? I think she's in charge of something, for sure. I think people might still be scared of her ... I think she maybe softened up, but I definitely think she's holding the stick wherever she is. Either in politics, like her dad, in law, I think something along those lines is how I picture her.

And what about Rebecca and Evan Chambers? Fans probably recall the series ended with the two breaking up and going off in separate directions. Well, Vadsaria's not quite sure that was the be-all, end-all for the couple.

"I feel like where they left with Casey and Cappie driving off and there was that look shared between Rebecca and Evan... I feel like they probably had a few more ups and downs," she reflects. "I wouldn't be surprised if they ended up together, but I feel like that's very convenient, then, isn't it? ... In regards to them ending up together, I'm not sure. I go back and forth on that, to be honest with you."

As Greek fans know, Vadsaria's character wasn't well-liked in the beginning, especially when she and Cappie had a thing. That said, most fans eventually grew to love Rebecca and realized she was just misunderstood, which is exactly how Vadsaria sees her. "I always said Rebecca Logan was misunderstood," she explains. "I think there are a lot of guards that Rebecca needed to have up. Obviously, Patrick Sean Smith let those guards come down fully in a very humorous manner. That's how I always saw Rebecca."

Flaws and all, Vadsaria never hated playing Rebecca, and it was a role she will forever cherish. "I loved Rebecca," she says. "I loved playing her. I miss her."

In addition to the series and her character, the other thing Vadsaria will forever cherish are the Greek fans. She says happily,

What I loved was that people really loved the show so much. We honestly had the best fans. The best fans and so dedicated. Just to hear you talk about it, it makes me so happy, because people genuinely cared for the characters, genuinely cared for the show. And the show really struck a beat with people, where they could live or relive a time in their lives through these characters. I get that. To hear it, it never gets old. It never, ever gets old. It warms my heart, actually. It makes me happy.

Well, seeing as Vadsaria misses Greek and Rebecca as much as I do, here's hoping a reunion happens, stat.