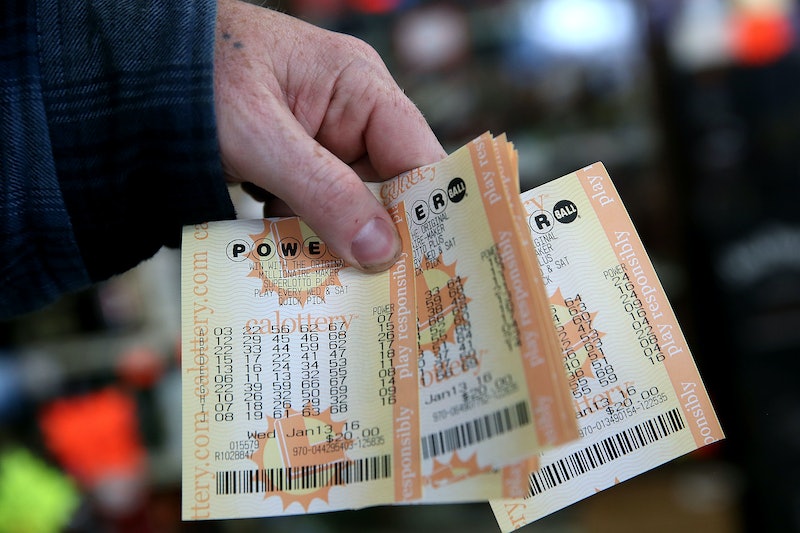 It seems like everyone has their own ideas of how they're going to win the Powerball. Whether you've spent hours calculating the perfect set of numbers or plan on leaving it all to the computer, you would probably do anything to get a leg up in this battle for the billion. Some people have chosen to spend an extra dollar for the Power Play option, which is a way of multiplying your winnings if you somehow win second place or below. But let's face it: The odds of getting anything are undoubtedly stacked against you. So should you use the Power Play option on Powerball? It might be a waste of your precious dollar.

To give you a sense of how competitive this thing really is, you should know that you have a one in 292.2 million chance of winning the jackpot tonight. According to NBC News, that is comparable to flipping a quarter and getting heads 28 times in a row. Even if you bought a thousand tickets, your chances wouldn't be greater in any significant way than they would be if you bought just one. So can spending an extra buck really make a difference? In all honesty, you're still probably throwing your money away. Your odds of winning are just so ridiculously slim.

That said, although nobody won the jackpot Saturday night, 25 players won $1 million, and three of them chose the Power Play option, landing them with $2 million. Of the 451 people who won $50,000, 55 chose the Power Play option and doubled their winnings. In smaller jackpots, the Power Play option can multiply winnings up to 10 times, but due to the enormity of this Powerball, non-jackpot winners can only double it (though I don't hear anyone complaining about a $2 million reward). So while your chances are just as slim if you choose Power Play, if for some astounding reason you win a chunk, then that chunk will get a lot bigger.

There are two ways you can win big without actually winning the jackpot: A) Get all five numbers on the white balls in any order, or B) get four numbers on the white balls, as well as the final Powerball number. The winnings decrease to $100 if you only have four matching white balls, or three and the Powerball, and to less than $10 if you only get a few of the right numbers. Remember, though, that any of these winnings can double if you purchase the Power Play option.

What it really comes down to is how willing you are to part with that extra dollar. I can't emphasize enough that you most likely won't win anything. Plain and simple. Life goes on. Nevertheless, there's still that tiny glimmer of hope that you might get something. So if you're gung-ho about taking this gamble all the way, then by all means, be my guest and go for that Power Play. Just don't plan on getting your $3 back.