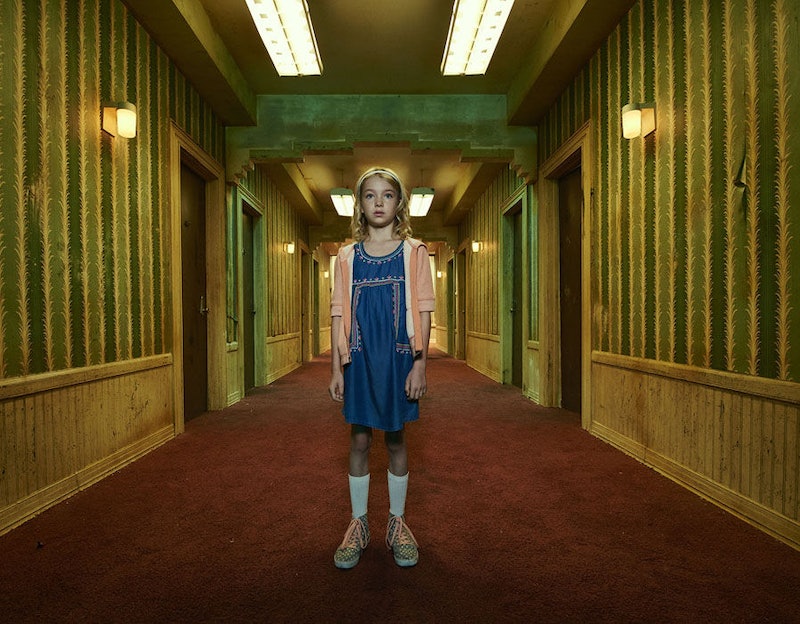 If you watched the American Horror Story: Hotel finale you might have been on the lookout for clues as to what AHS Season 6 will be about. Well, I have a theory and it all has to do with a super fancy boarding school. Did you notice that a certain educational institution was mentioned twice on Wednesday night? Yeah, me too. I think Thacher school is a hint that AHS Season 6 will be American Horror Story: Academy.

I mean, what's scarier than children and tests and the like? If you watched Gilmore Girls and saw Rory go to Chilton you know the answer to that question is NOTHING. Thacher, a California boarding school, got a shout out twice in the finale episode as the academy where Will Drake's son and Jon Lowe's daughter Scarlett both end up going. And, it's a real place as Bustle writer Kelly Schremph discovered. It's been around since 1889 (meaning if the series is one that takes place in the past they have plenty of time to work with) and is located in Ojai, California and is now the oldest co-ed boarding school in the state.

Now, for all those who feel like responding, "But Ryan Murphy is never that obvious," slow your roll. Maybe Season 6 won't take place at Thacher exactly (although then why name check it instead of just saying the kids were off at boarding school?), but that doesn't mean it can't take place at another academy or boarding school. I think the idea of doing a season in a place filled with kids and no parents has some serious potential. Think of all the fun Murphy can have thinking of creative characters for the faculty and administration, not to mention the students.

I mean, until Murphy announces the season, all speculation is fair game and I'm placing my bets on AHS: Academy/Boarding School. See you when Season 6 airs, aka when class is back in session!