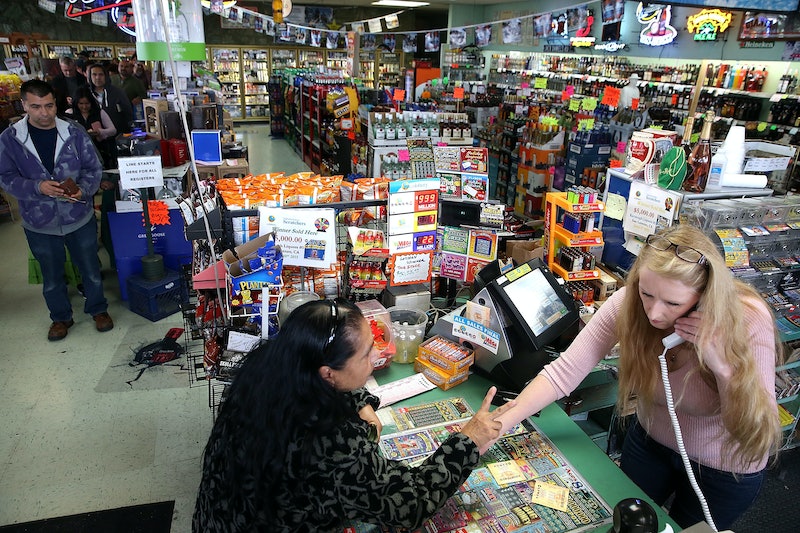 Less than an hour after the winning numbers in the $1.5 billion Powerball jackpot were announced, a Chino Hills, CA convenience store claimed that it had sold a grand-prize-winning ticket. This means that someone, somewhere (most likely close to Chino Hills) is in possession of what I would unhesitatingly call one of Willy Wonka's golden tickets. So how long does the Powerball winner have to claim the jackpot?

EARLIER: The state of California actually has its own ticket expiration policy. The state's lottery site says that a Powerball jackpot can be claimed for up to one year from the date of the draw. Of course, unless the holder of the grand prize ticket accidentally flushes the super-expensive piece of paper down the toilet in an instance of unbelievable calamity, it likely won't take that long before the winner comes forward to claim the largest prize in lotto history.

It turns out that California was home to a whole slew of smaller, less-lucrative golden ticket winners, as well. The state had 12 tickets that matched five out of the six drawn numbers, which means prizes for a lucky dozen people of $1 million or $50,000, depending on whether the red Powerball number was one of the five.

Winners of smaller Powerball prizes don't have as long as jackpot winners to claim their cash before their tickets expire, though. Players have 180 days from Wednesday's draw to claim all prizes other than the jackpot — yes, $4 is a win too!

If Americans know nothing else — like who may have won a prize in any of the other 49 states — they sure know now that the West Coast is the best coast for stepping into a 7-Eleven for a Slurpie and stepping out with a $1.5 billion ticket in your pocket. Well, it might not be the best coast at this very moment, since you could very well get trampled while trying to get through the door.

While there's no information at this point on the jackpot ticket holder, California is not among the states that guarantee lotto winners the right to complete anonymity. This means you'll probably be hearing some sort of name, as long as the winner doesn't do the unthinkable and neglect to actually claim the prize. If they are clever enough to go for semi-anonymity and create a blind trust before stepping up, though, then the listing could bear a title, like California Dreamin' LLC, instead of a name.

The winner definitely shouldn't take too much time coming up with a badass trust name. It's time to make like that golden ticket is a gallon of milk close to spoiling, because that baby does expire.