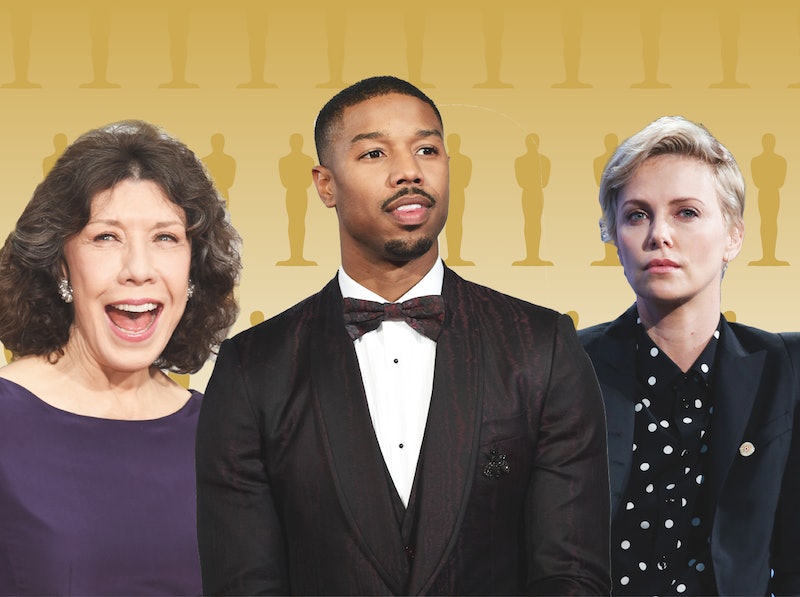 It's that time of year again: the 2016 Oscar nominations are upon us. And though all of the nominees this year — ranging from Leonardo DiCaprio inThe Revenant to Sylvester Stallone in Creed to Alicia Vikander in The Danish Girl — each deserve the honor with which they've been bestowed, it's no secret that, each year, some deserving actors and projects have to be left out. There just aren't enough nominee spots for everyone!

Of course, who gets snubbed each year varies. Sometimes, a deserving project will only get a bit of recognition when it deserves a lot, and sometimes it will get none when it deserves everything possible. Awards shows are, of course, in no way indicative of how good a project was during that particular year — but it's still nice to see a project or an actor get some recognition for their hard work when they so clearly deserve it.

So, while I'm pretty sad about this one, I honestly have to say I'm not totally shocked — a song from Furious 7 was never going to win over The Academy. I mean, yeah, it did win over the Hollywood Foreign Press Association at the Golden Globes for a nomination, so I had hope — but, in the end, it was for naught, because the song didn't nab an Oscar nom. That said, it's a heartfelt track that brings tears to my eyes every time I listen to it, so it's still a winner to me.

Though Mad Max: Fury Road did nab a few nominations (Best Picture, Best Director, Best Cinematography, etc.), the film's biggest, most memorable star — the star without whom the film could not have existed without — Theron, did not receive a nomination for her work. This is an outrage, and I will not stop talking about it until the 2017 Oscars.

Honestly, this one was a total longshot, but Lily Tomlin was a force to the reckoned with in 2015's Grandma, so I had sort of hoped that maybe The Academy voters would throw us all a curveball and nominate the actor for her role. I mean, she played a badass lesbian grandma with tattoos and feminist tote bags who curses and drinks more than I can — and she does it so believably! The movie was amazing, and it really deserved the attention from the Oscars.

Though Schumer nabbed a Golden Globe nomination for her amazing role in Trainwreck, it seems that the Academy Awards didn't feel the same love for the hilarious, feminist comedy. I'm devastated because it really did deserve the Oscar nom love — but, hopefully, The Academy will learn from this mistake in the future, because I have no doubts that Schumer is going to create a lot more Oscar-worthy projects in her career.

Kristen Stewart has been proving herself to Hollywood for years now, so I'm pretty shocked that her best project yet — Clouds of Sils Maria — was overlooked this year. It's no secret at this point that she's a talent, and she was even awarded a French equivalent to the Oscar (aka, a César) for her role in this same film. How she wasn't nominated is mind-boggling to me.

Idris Elba, Beasts Of No Nation

This one isn't a total shocker, considering The Academy doesn't exactly have a track record of nominating Netflix originals — but they could have started a new tradition this year and done it because trust me when I say that Elba deserved a nomination for his role. He really shines in everything he appears in (Luther, The Wire, even Obsessed), but this was career-defining. It's a damn shame it was overlooked.

Like I said, though — the Oscars, and awards shows in general, are really in no way indicative of how good a project was in any given year. Though great projects are nominated, it doesn't mean that a project is any lesser if it isn't. These actors and projects that were snubbed were still some of the best of 2015, and not receiving an Oscar nomination in no way changes that.

More like this
2023 Oscar Nominations List: 'Everything Everywhere All At Once' Leads With 11 Nods
By Jake Viswanath
Twitter Is Overjoyed By Angela Bassett’s Record-Making Oscar Nomination
By Maxine Harrison
Why Andrea Riseborough Is Confused By Her Oscar Nomination For Best Actress
By Jake Viswanath
12 Years Ago, Austin Butler Manifested His Oscar Nom In This Disney Movie Scene
By Jake Viswanath
Get Even More From Bustle — Sign Up For The Newsletter
From hair trends to relationship advice, our daily newsletter has everything you need to sound like a person who’s on TikTok, even if you aren’t.