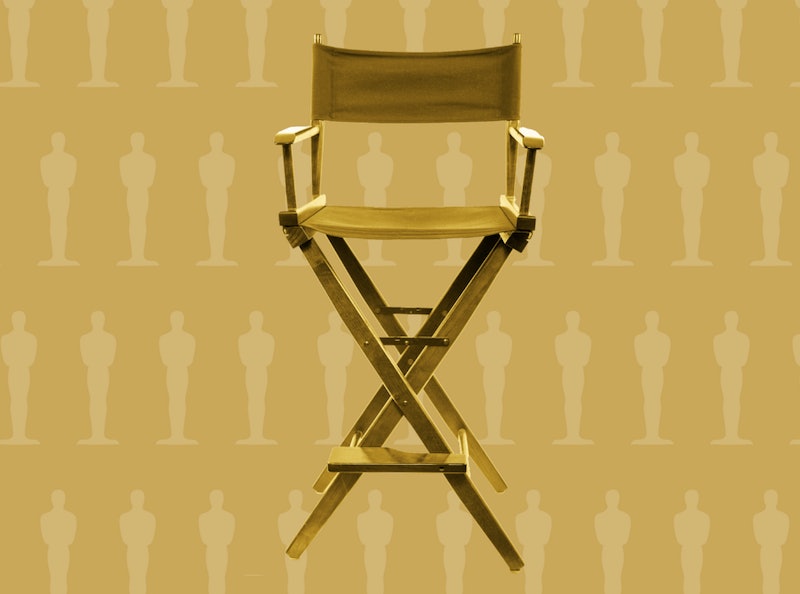 By now it's no surprise that women have largely been snubbed by the Best Director race at the Academy Awards, and 2016 is no exception: the category this year is, yet again, dominated by men. This year's nominees are Adam McKay, George Miller, Alejandro G. Iñarritu, Lenny Abrahamson, and Tom McCarthy. But another conversation that comes up year after year is the lack of diversity in this category specifically, and it's not just about women. Sadly, the Best Director race has historically been completely dubbed an "all-white" and "all male" category, and it's frustrating to see that this year is not much different.

While credit should be given to the fact that this year's Best Director nominees include directors from around the globe: two from the United States (McKay and McCarthy), one from Ireland (Abrahamson), one from Australia (Miller), and one from Mexico (Iñarritu), the eye-catching lack of women and diversity in race is what sticks out. Last year, the same discussion was given when Ava DuVernay, the director of Selma , was also snubbed. At the time, DuVernay told the New York Daily News : "With all due respect, all of these issues around race, gender and class are a distraction right now to the beauty of a film about freedom fighters who fought for justice and indignity; the rest of it is kind of media-created hype ... I am not interested in talking about it anymore, but I appreciate the questions."

That said, she praised the star of Selma, David Oyelowo for his efforts to continue the racial conversation when it comes to awards in film. She added, "I think he is wonderful — everything he says is fantastic. I think any conversation about diversity, inclusion and representation is a positive thing."

While only four women have ever been nominated for the award (and none were women of color), only one has ever won: Kathryn Bigelow nabbed the award for The Hurt Locker in 2009. Had DuVernay been nominated for the 2015 category, she would have been only the fourth black director, male or female, to earn an Oscar nomination in the category. A black filmmaker has never won Best Director — and only three have ever been nominated. With Bigelow's win in 2009, it seemed like the tide was going to change, but unfortunately not much has. While Iñarritu was nominated (he was also last year's winner for Birdman) some notable men of color were excluded from this year's race, with both F. Gary Gray (Straight Outta Compton) and Ryan Coogler (Creed) snubbed for their efforts.

Another notable snub in Oscar history was Spike Lee's lack of Best Director nomination in 1989 for Do the Right Thing. Lee sympathized with DuVernay last year, telling The Daily Beast:

If I saw Ava today I’d say, ‘You know what? F*ck ’em. You made a very good film, so feel good about that and start working on the next one. ... A lot of times, people are going to vote for what they’re comfortable with, and anything that’s threatening to them they won’t. ... The Academy is trying to be more diverse. Cheryl [Boone Isaacs, Academy president] is trying to open it up and have more diversity amongst the members of the Academy of Motion Picture Arts and Sciences. But with Selma, it’s not the first time it’s happened, and every time it does I say, "You can’t go to awards like the Oscars or the Grammys for validation. The validation is if your work still stands 25 years later."

Unfortunately, it looks like the Academy is slow to realize what film critics and fans alike already do: diversity in the Best Director race is sorely lacking. Here's hoping 2017 brings what is desperately needed to this important Oscars category.