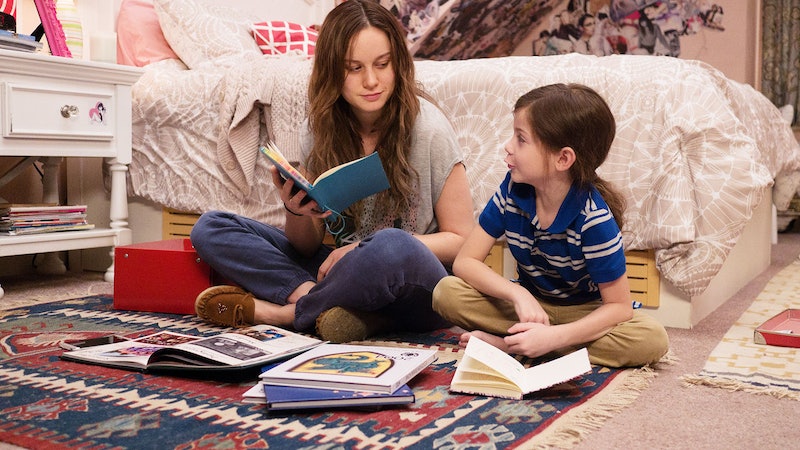 Book-lovers can sometimes feel totally alone among all our movie-obsessed friends — so the fact that seven out of the eight Best Picture Oscar nominees are (at least partly) based on books has me more than a little excited. At last, we can all talk about the same thing! You want to chat about The Martian? I got your back, buddy. You thought Brooklyn was great? Totally agree. For the first time, I can actually talk about the Oscar noms for hours.

Notably absent from the list is Carol, based on Patricia Highsmith’s The Price of Salt. The film wasn’t totally snubbed — the actresses, score, and screenplay were all nominated — but I still think this feminist, lesbian romance (and the wonderful novel it’s based on) deserved a Best Picture nod.

But, of course, the films that did make the cut are all equally deserving. It’s hard for films to live up to the novels that inspired them, and I’m definitely guilty of complaining the whole way home from the cinema after watching a particularly unsatisfactory adaptation (ahem, I’m looking at you, Perks of Being a Wallflower) — but this year, I have to hand it to them: in 2015, movie remakes delivered.

Bridge of Spies was inspired by two books: Bridge of Spies by Giles Whittell, and the memoir Strangers on a Bridge by James Donovan, the IRL lawyer portrayed by Tom Hanks in the movie.

The Big Short is based on the nonfiction book of the same name by Michael Lewis, who wrote about the financial crisis of 2007 and 2008 — and the man who emerged with millions of dollars in the bank.

The Martian movie is different from the book in many significant ways, but lovers of the novel won’t be disappointed: Matt Damon’s portrayal of the likable Mark Watney is as hilarious and charismatic as you could want — and you’ll be just as hooked on this version of the story as you were while reading the book.

The moment I saw Room was becoming a film, I was simultaneously delighted and petrified. Room was the emotional rollercoaster of a book that had my heart banging throughout 2010 — and now it’s been brought terrifyingly to life.

Fans of Colm Toibin’s novel will be pleased to know that Brooklyn stays true to the book (mostly). Which is a relief — because there’s been so much buzz around this one that it was going to be hard to resist watching.

The film Spotlight is the story of the investigative journalists who uncovered the truth about sex abuse within the Catholic Church. It’s gripping stuff, and you’re definitely going to want to read the original investigation, published as the book Betrayal .

And of course, The Revenant, aka Leo’s chance at finally winning that Oscar. While you’re waiting with your fingers crossed, read Michael Punke’s novel of the same name. The film’s not a direct adaptation, but you’ll recognize the basic story.

And that leaves us just one lonely contender for the Best Picture Oscar that wasn’t based on a book. But it’s Mad Max; Fury Road, so even I’m gonna let that one slide.

More like this
The 'Lady Chatterley's Lover' Book Leaves Us With A Troubling Question
By Catharina Cheung
The 'Firefly Lane' Book Ending Teases Way More Tears To Come In 2023
By K.W. Colyard
'Bridgerton' S3 Teases Exciting Social Season For Penelope Featherington
By Bustle
This 'Derry Girls' Reunion Has Delighted Sister Michael Fans
By El Hunt
Get Even More From Bustle — Sign Up For The Newsletter