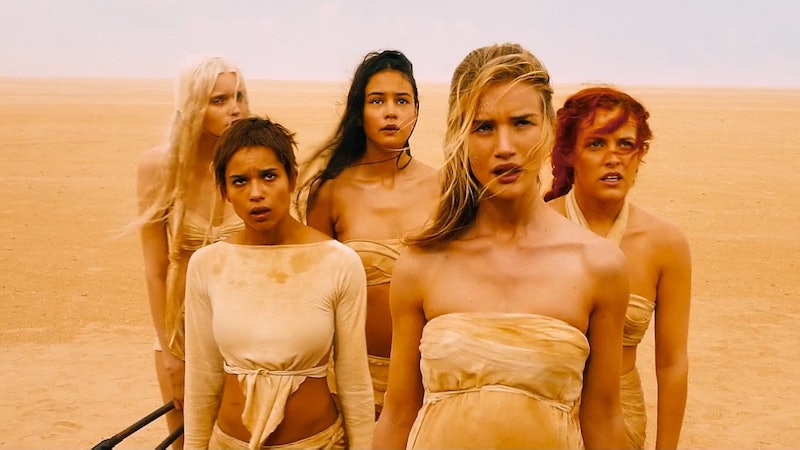 The only thing certain when it came to movies in 2015 was that there were remakes and reboots aplenty. Even the number one movie at the box office in 2015 was a remake: Jurassic World (but, to be fair, that's likely because Star Wars: Episode VII — The Force Awakens was released too late in the year to catch-up with its gross takings — it had a bigger opening weekend, after all). This isn't to say that there's anything wrong with there being a massive amount of sequels in 2015 — just that, in a year when 688 movies were released, a good chunk of them were remakes and reboots.

Box Office Mojo has compiled the movies released in 2015. It's enlightening to look at the releases catalogued according to ticket revenue.

Here's a look at the 2015 top ten for this calendar year:

In the Top 10 of 2015 alone, only three movies are original stories — Inside Out, American Sniper, and The Martian. Every other movie was a major sequel, reboot, spin-off, or remake. The fact that only three original movies made the top 10 is telling of the current cinematic trend to reboot older stories. Sequels and remakes light up the box office, and guaranteed moneymakers, especially when they're crowd-pleasers like Jurassic World and Star Wars— movies which everyone wants to see are going to get made over original content any day because they will always bring in revenue.

According to Box Office Mojo, approximately a third of the Top 100 movie releases in 2015 account are sequels, remakes and reboots (35/100). If a third of the Top 100 most successful films of the year are recycled stories, or continuations, is it any wonder that there is such a trend for remakes right now? They're a sure-fire way of retaining an existing audience, and making sure that people pay to see a movie.

It's not that the original ideas aren't out there: The Black List, which compiled the best unproduced screenplays each year, features 81 original scripts for 2015. With this many movies waiting to be made, often with actors already attached, why are we sitting through so much unoriginal content? As Hadley Freeman so astutely points out in her amaze book, Life Moves Pretty Fast , sequels are for the most part guaranteed box office. A remake is a safer bet than an original film, especially if the movie it's based on did relatively well at the box office. And that's a sad fact, particularly for writers out there hoping to get movies made.

But this is not to say that remakes and reboots can't be original in and of themselves. Star Wars: Episode VII — The Force Awakens has been praised for its new take on an old story, particularly in making a female character, Rey, a lead. Jurassic World has brought the franchise to a whole new generation of viewers, and surely that's a great thing?

Another interesting display of originality in a reboot in 2015 was Mad Max: Fury Road. Award nominations may not be an accurate reflection of what's been successful or popular in a particular year, but the fact that Mad Max: Fury Road has continued to garner accolades despite being a sequel is super interesting. Perhaps Mad Max creates territory all of its own by recasting the movie's hero as a woman, and placing Max himself as a somewhat sidelined character with a minimal speaking part. Fury Road 's focus on its female story lines, and its complicit understanding of, well, women, is a huge part of the reason it was so successful. The Force Awakens has been similarly lauded for its strong female characters. Both Mad Max and Star Wars are reboots or sequels — proving that a movie doesn't have to be formed of original content for it to have critical and commercial worth.

Maybe 2015's remake heavy slate of films proved that remakes and reboots are the new stories, with writers finding unique ways to expand universes and satisfy audiences all over again. Even if 2016 does bring us more remakes, hopefully Hollywood will produce more content akin to Mad Max — fierce, unapologetic, and gender-aware.