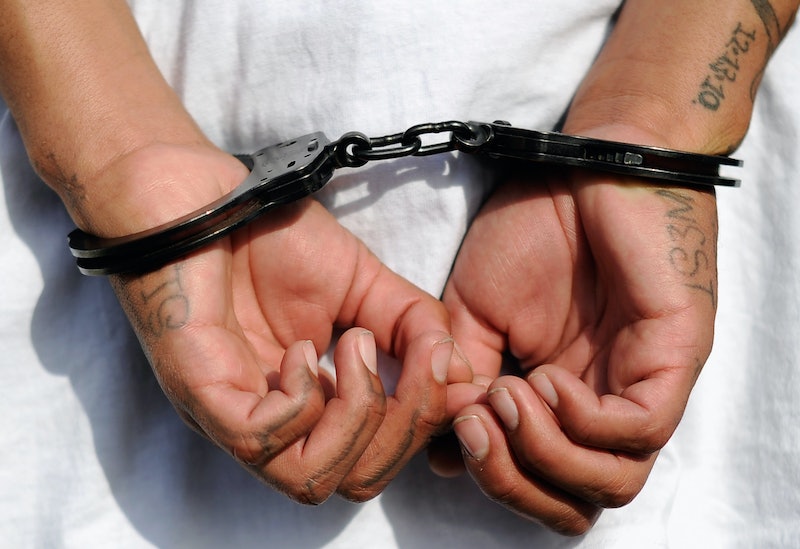 President Barack Obama has already announced the launch of a task force to combat sexual assault on college campuses — but he might want to take a look into the issue of sexual assault in prison, too. The U.S. Department of Justice recently released an alarming new study on sexual violence in prisons, revealing that, between 2009 and 2011, facilities reported 8,763 allegations of sexual violence each year. Inmates that say they were abused by prison guards make up nearly half of all reported sexual assaults.

Of those 8,763 sexual violence allegations, almost 49 percent were aimed at prison staff. That's 18 percent up from 2006. It's not clear whether this rise indicates more sexual assault, or better reporting of it.

Other statistics from the report included:

And what happened to the other 55 percent of accused, substantiated prison staff? We don't know, but it's likely they continued working in the facilities alongside their alleged victims.

The issue of correctional facility staff abusing their power to sexually harass and assault inmates has been brought to light most recently by the show Orange Is The New Black. Here's why many inmates refrain from speaking up and reporting, according to University of Southern California law professor Kim Shayo Buchanan. She told ProPublica:

Inmates don’t report because of the way the institution handles these complaints: they’re afraid if they do report, then the staff will retaliate. Even if you report and they believe you, which they probably won’t, the most likely thing to happen is that the person will be suspended or maybe fired.

In 2003, former President George W. Bush signed the Prison Rape Elimination Act into law. But the rising numbers suggest that, evidently, further measures must be taken — including and especially the correctional facility's accountability for trying and adequately punishing substantiated staff offenders.

Another national survey of prisoners shows that Montana State Prison has one of the highest rates of sexual assaults and rapes. A correctional officer in Scranton, Pennsylvania has also been accused of five sexual assaults of prisoners between 2002 and 2011, and the alleged victims has said that they were too scared to report it. Recently, a Milwaukee county correctional officer came under accusations of sexual assault, and investigators have also found evidence of a cover-up.