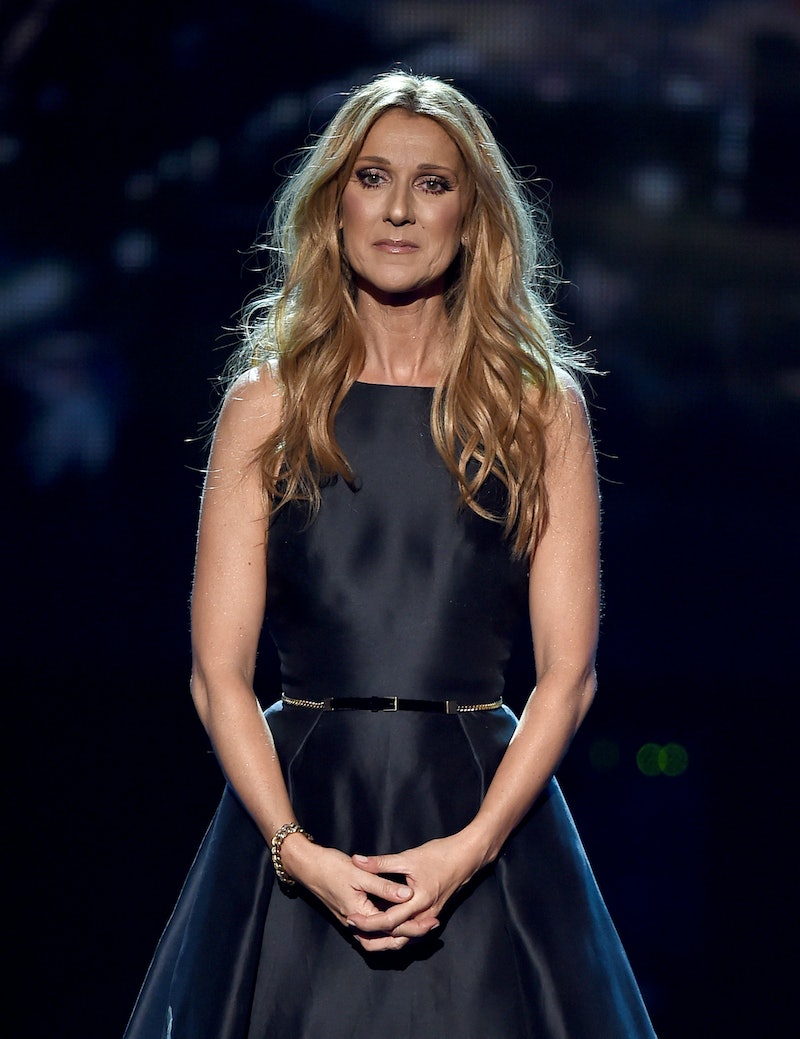 My heart goes out to Celine Dion, who has had arguably the worst week possible. Only days after losing her husband Rene Angelil to cancer, the French-Canadian singer has now lost another important member of her family: According to E! Online, Celine Dion's 59-year-old brother Daniel has passed away after battling cancer. It's yet another tragedy that followed just a few short hours after Daniel's struggle with the illness was revealed — and while the family knew he did not have long left to live, his passing still comes as a sobering reminder of the fragility of life.

According to Dion's rep, Daniel passed away at 5 a.m. on Saturday, January 16. He had been diagnosed with throat, tongue, and brain cancer, and, as revealed by sister Claudette, the family — including their 89-year-old mother Therese, had all come to Daniel's bedside to spend his final moments alongside him. Claudette described his passing as "serene" and expressed relief that their beloved brother "no longer suffers."

Daniel spent his final days at the Hospice-Adhemar Dion, where he had been admitted some time ago to undergo treatment. The family has asked for donations to the hospice in lieu of flowers, given in Daniel's name. Talking with Le Journal de Montreal, Claudette was full of praise for hospice staff and volunteers, who cared for Daniel until his passing.

Celine has not spoken out on the death of her brother, but without a doubt she is full of heartbreak and sadness at losing two people she loved so dearly, especially so close together. The family has asked for privacy in their time of grieving, which is understandable. It's difficult to lose a loved one regardless of the circumstances, but to lose someone so young to such a destructive illness is particularly hard. Hopefully, they are able to find some peace.