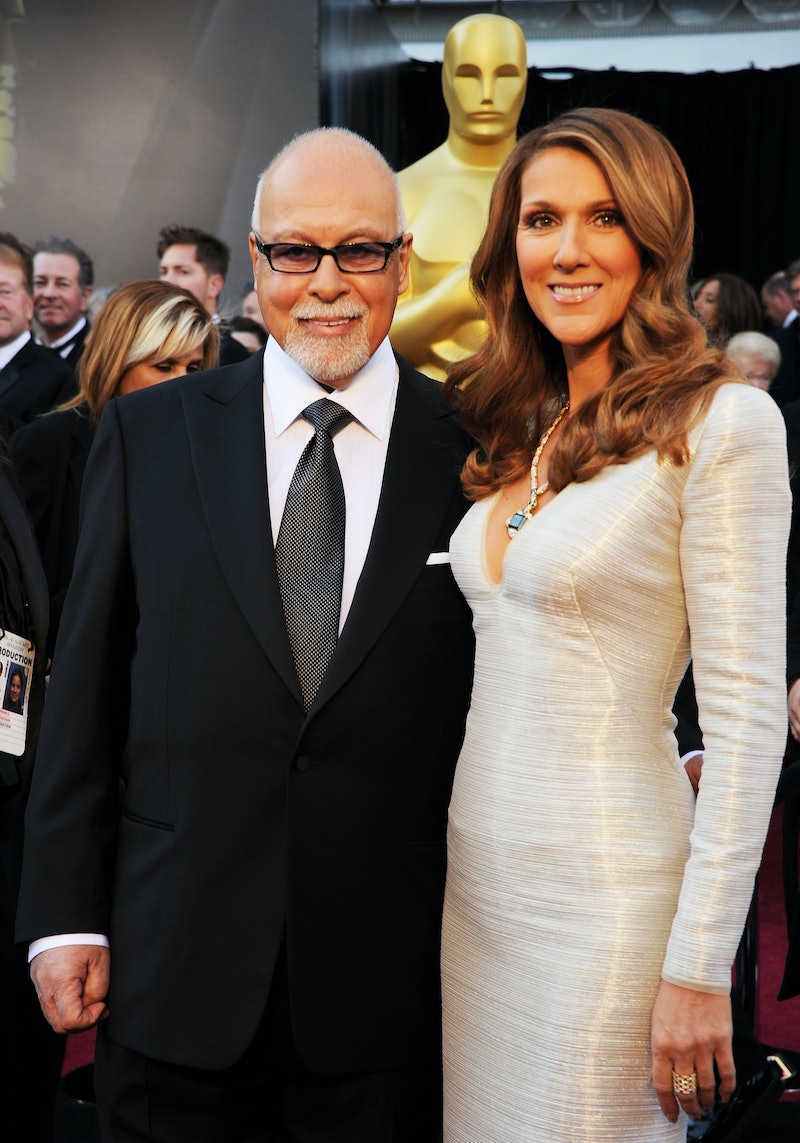 The heartbreaking news from Hollywood continues. In the same week as the tragic losses of musical legend David Bowie and beloved actor Alan Rickman, news broke on Thursday afternoon that Céline Dion's husband René Angélil died of throat cancer at age 73. According to People, Angélil's rep confirmed the news with the following statement:

Rene Angélil, 73, passed away this morning at his home in Las Vegas after a long and courageous battle against cancer. The family requests that their privacy be respected at the moment.

More than just a famous spouse, Angélil began his career as a singer in the '60s. He later switched over to the management side and played a huge part in Dion's career as a mentor and manager, according to People. The couple got married in 1994, but they first met when Dion was just 12 years old. They have three sons together — including a pair of 5-year-old twins. Angélil has three older children from a previous marriage as well.

Back in March 2015, Dion opened up about her husband's health struggles on Good Morning America. She teared up when recounting the daily struggle to help feed him. It's incredibly heartbreaking, and it's been a long battle since Angélil was diagnosed back in 1999.

Last August, Dion shared her husband's final wish in an interview with USA TODAY. The 47-year-old singer said, "I'll say, 'You're scared? I understand. Talk to me about it.' And René says to me, 'I want to die in your arms.' OK, fine, I'll be there, you'll die in my arms." At the time, she also commented on his strength and the way it impacted her. She explained,

Such a loss! It's devastating that all three celebrities (Bowie, Rickman, and now Angélil) lost their battles with cancer. My heart goes out to Dion and the rest of their family during this undeniably difficult time.