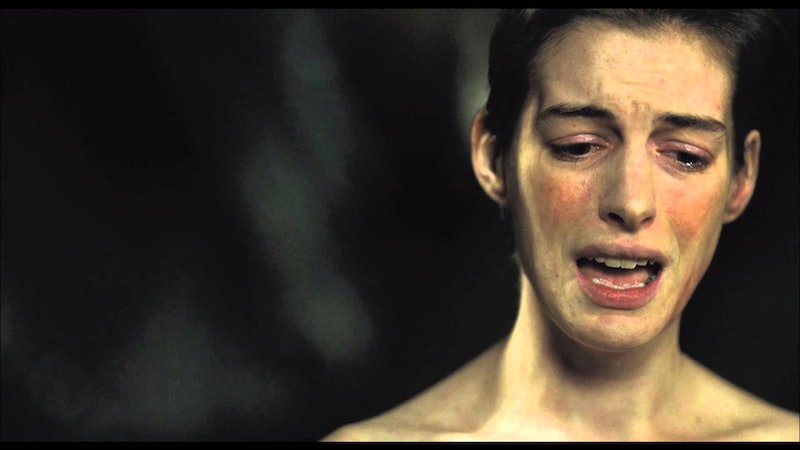 If you haven't heard tell of this infamous day of the year yet, you might be wondering: What is Blue Monday? Although its origins are fairly recent, founded and named by Dr. Cliff Arnall in 2005, its feelings are pretty ancient and universal. You know how you tend to experience that post-holiday, "holy crap is it too late to extend my credit limit," unexciting slump in January? Being the sad creatures that we are, we can now mark this occasion on the third Monday of January, henceforth known as Blue Monday.

Why the third Monday in January, you ask? Well, because science. Or ... ~science~, more accurately. While it is proven that people tend to be more depressed in January, particularly as a result of Seasonal Affective Disorder (SAD), there's no genuine equation pegging down the third Monday of the first month as The Statistically And Indisputably Most Depressing Day Of The Year. Dr. Arnall initially published a press release that birthed the idea, claiming that with the intersection of post-holiday slumps, credit card debt, failed New Year's resolutions, and the bleakness of the weather (and the fact that it's, you know, a Monday), that this was the approximate day that people would feel the bluest of their blues. In fact, in a 2006 press release, he even provided us with an "equation"

A key for your deliberation:

St = time spent in a state of stress

Of course ... there are no units of measurement, but I'm guessing that all the numbers eventually just add to the HTML code for this GIF:

It is, of course, worthy of note that we as a society completely made this up and put it on a sadness pedestal, which is now being used primarily for (drumroll pleeeeeease) product promotion on Twitter. If we are going to be impressed with Blue Monday for anything, consider that it may just be the fastest holiday to ever get commercialized. Poor little day went full-on supernova before it even had a chance to shine.

But more importantly of note is the fact that Blue Monday will pretty much always fall on the hugely more significant Martin Luther King Day. So instead of dwelling on your credit card debt or the cold, take some time out of your day to learn more about the origins of the holiday, and to appreciate Martin Luther King Jr.'s strides in civil rights activism. Trust me — there will be plenty of time to mope and Instagram screenshots of the weather report on Tuesday.