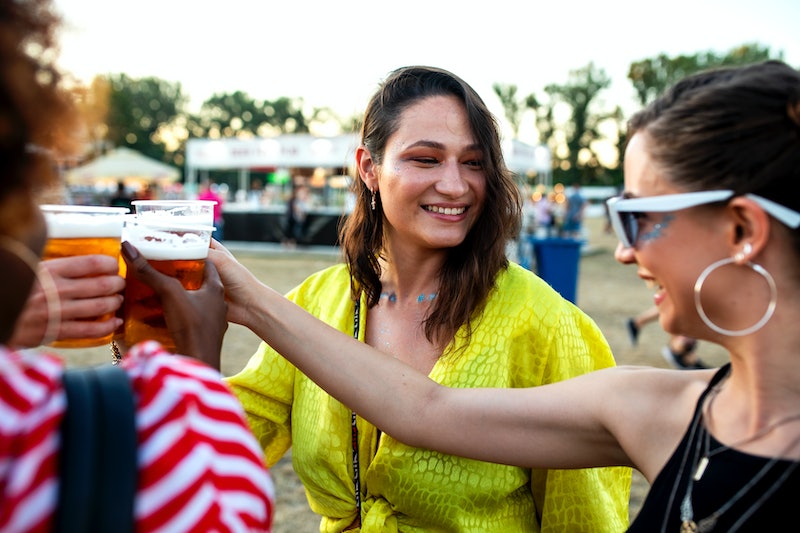 Last week in casual conversation with an old friend, the subject of birthdays came up. When I mentioned we were thinking of taking a family vacation to celebrate the birthdays of my mom and me at the end of April, the friend reassured me that my mom was in great health ... for her age. Her comment, although well-intended, got me thinking about the many backhanded "compliments" that are actually ageist insults.

Because the truth of the matter is my mom isn't in great health for a 59-year-old. She's in great health, period. The truth of the matter is we are all aging at the same rate of one day at a time. Not only is there nothing wrong with aging, but there is nothing more natural than growing older (as opposed to all that 'anti-aging' nonsense). And, as they say, growing older is a privilege that isn't afforded to everyone — it is something to be celebrated. But my old friend's comment serves as a shining example of the way language codifies society's prejudices about age. All too often, we don't even realize we are buying into the type of top-shelf, miracle-in-a-jar belief system that equates youth with vitality and old age with fragility.

I'm certain I've been guilty of inadvertently delivering one of these micro-blows on more than one occasion. I'm sure we all have. The biases about aging in modern culture are extremely pervasive, which is why it's so important to talk about them with our defenses down. None of this "People should learn to take a compliment" or "quit blowing things out of proportion" business. Surely we can all agree that life is a learning experience and that pinpointing potentially oppressive language is a valuable lesson.

With that said, let's jump right into some of the most common examples of ageist "compliments."

1. "You could pass for much younger."

But why would you want to? At nearly 33 years old, I've earned every laugh line and sun spot on my face — and I think it's a pretty great face. Women shouldn't feel like they need to pass for any age other than the one they are. The implication otherwise is that there is a beauty in youth that diminishes with age, and thus you must seek it out elsewhere. With age comes experience and the richness of a full life. Why would we want to erase that?

I kid you not — less than an hour ago, a dear friend IM'ed me to say that she is beyond tired of people telling her that she still has plenty of time to get married and have kids one day. She's 36, y'all. Aside from the assumption those are things she even wants (and the fact that it's nobody else's business anyway), this is problematic because it suggests there does exist an age at which these things will become unattainable. And while, sure, there may be some biological factors at play with the latter, women should always have autonomy over their own bodies and what (or who) we choose to do with them.

Some people are old. One day, I will be too. One day, you will be too. Again, we're all aging and every single one of us is older than someone. In arguing that someone isn't old — even when your intention is to make them feel good about themselves — you reinforce the stigmas surrounding ageing and, unfortunately, probably breed self-doubt in the very person you were trying to pay a compliment.

What does this even mean, exactly? This is one of those false cliches whose subtext is insisting you shouldn't want to act older or look older or be older. I personally hope I don't act the way I did when I was in my early 20s — I feel like I'm a much happier, more adjusted person in my early 30s. My mom probably feels the same way about being in her 50s as opposed to her 30s, too. Bottom line? The best age is whatever age you are right this very minute.

6. Anything ending in "for your age"

You're so active ... for your age. You're so pretty ... for your age. Like the backhanded compliment my old friend paid my mother about her health "for her age," any phrase ending in these three little words is undeniably diction which both encodes and furthers prejudiced assumptions about ageing.