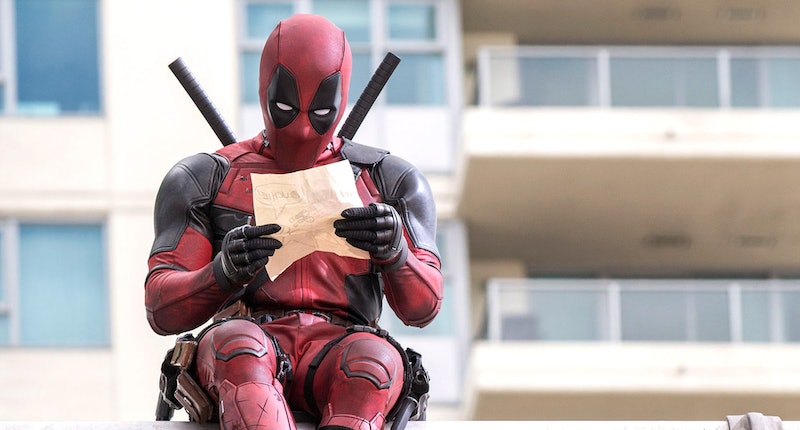 Fox's new superhero movie, Deadpool, is set to storm into theaters next month, and nerds everywhere are excited about the prospect of seeing the Merc with a Mouth on the big screen. Ryan Reynolds has been enthusiastic about the role for many years, and seeing the film come to life in a way that looks to capture the spirit of the comics has definitely been a sight to behold. But many casual fans may be wondering about what this film has to do with the major Marvel property for which Fox owns the movie rights — in other words, how Deadpool connects to the X-Men.

It's complicated. For one thing, X-Men fans are likely to remember that Deadpool has already appeared in an X-Men movie spinoff: 2009's abysmal X-Men Origins: Wolverine. Not only that, but the character was portrayed in that movie by Ryan Reynolds. However, Reynolds has stated that this new incarnation of Deadpool is completely unrelated to the version he already played, further adding to the confusion. That version of Deadpool strayed very far from its source material of Marvel Comics, but the new film promises to hew more closely to the script. So what does that mean exactly?

Deadpool made his debut as a character in an issue of The New Mutants in 1991. New Mutants was a spinoff of the X-Men that focused on, you guessed it, new mutants. Deadpool, AKA Wade Wilson, was a wisecracking mercenary in a red suit who loved breaking the fourth wall, and his backstory was later filled in to reveal that he gained his human powers not from being a mutant (which he's not, btw), but by experiments done on him by the Weapon X program, the same program that bonded adamantium to Wolverine's bones. Got everything so far?

The new Deadpool film seems to follow this same plot and character traits, more or less, though it hasn't been revealed if the shadowy organization who gives him his powers is related to Wolverine or not. But even if Deadpool has no connection with everyone's favorite three-clawed mutant in the film, he's still connected to the X-Men in other ways.

The movie takes place in the same universe as the other X-Men movies, at least hypothetically, as the character of Colossus appears in the movie in an X-Men uniform, and Deadpool mentions Colossus being an X-Man by name. The fact that Colossus is portrayed by a new actor, and that he is very unlike the Colossus from the other X-Men films, isn't terribly important. Fox's X-Men films have done an almost deliberately lousy job at portraying a consistent continuity, so the fact that Colossus is an established Russian X-Man in Deadpool (like he is in the comics) isn't a big deal. Other X-Men characters from the comics, like Copycat and Negasonic Teenage Warhead, are also appearing in the film, with the latter wearing the uniform of the New Mutants in the comics.

So although Deadpool isn't a direct spinoff of the X-Men movies, and even though it's not acknowledging the character's earlier appearance in X-Men Origins: Wolverine, it is still firmly set in the X-Men universe. Who knows, maybe this movie will mark the starting point for a new line of continuity in Fox's X-Men films... at least until X-Men: Apocalypse arrives in May and blows it all up again.