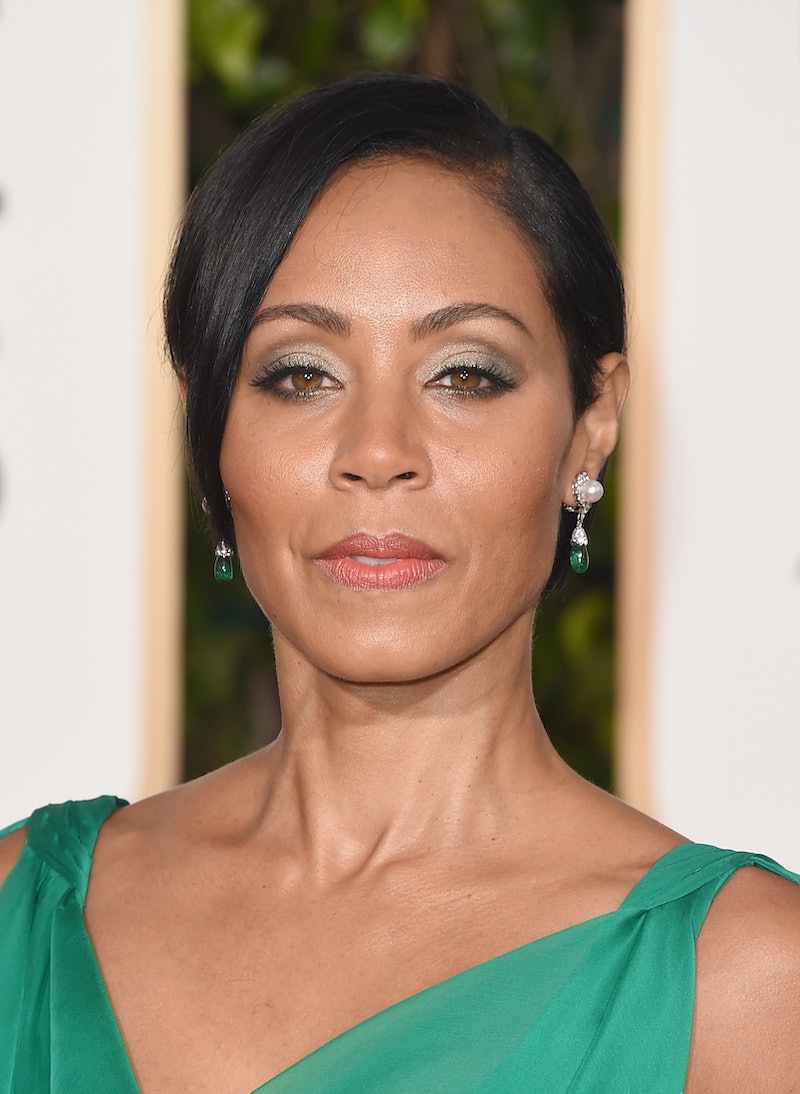 The fictional family business is no joke. On Monday, Janet Hubert, aka the first Aunt Viv on Fresh Prince of Bel Air, blasted Jada Pinkett Smith for calling upon black actors and actresses to boycott the upcoming Oscars for its lack of diversity. In a video posted on her Facebook, Hubert accused Jada and husband Will Smith of promoting the boycott only after Will was snubbed for his role in Concussion. Then things got even more personal when Hubert made some pretty big claims about the Fresh Prince star during their time on the show.

The Academy of Motion Picture Arts and Sciences was hit with controversy last Thursday after none of the Oscar nominees for its acting categories — Best Actor, Best Actress, Best Supporting Actor, and Best Supporting Actress — were black, the second year in a row to have such a blatantly un-diverse celebration of talent. That prompted both Jada and director Spike Lee on Monday to announce they'd boycott Hollywood's biggest celebration of the year.

And Hubert clearly disagreed with that call, telling Jada via video:

For you to ask other actors and other ‘blacktresses’ and black actors to jeopardize their career and their standing in a town you know damn well you don’t do that. And here’s the other thing — they don’t care. They don’t care!

Hubert went on to unload on Will, whose six-season gig on Fresh Prince effectively launched his A-list career. Hubert was infamously replaced on the show after three seasons for reasons that still captivate fans today. Clearly, some bad blood remains.

I seem to remember at option time, coming to you and saying, ‘You know what, Will? You’re the star of the show. Why don’t we all get together, and with you maybe we could get a little raise. Maybe the network, since the show is such a hit and you being the star of the show, your influence would help us greatly. Like they did on ‘Friends!’ Like white shows do! Remember that? Do you remember that? Because I do. And your response to me was, ‘My deal is my deal and y’all’s deal is y’all’s deal.’ Well, karma must be a bitch, because now here you are.

More like this
Sandra Bullock, Girlboss Extraordinaire
By Matt Harkins & Viviana Olen
Spice Girls’ Net Worth: The Richest Member Is Wealthier Than The Rest Combined
By Hugh McIntyre
Billie Piper Just Confirmed 'I Hate Suzie’s Festive Return
By Kayla Blanton and Shahed Ezaydi
Yes, Billboard Queen Angelyne Really Ran For Governor Of California
By Brad Witter
Get Even More From Bustle — Sign Up For The Newsletter