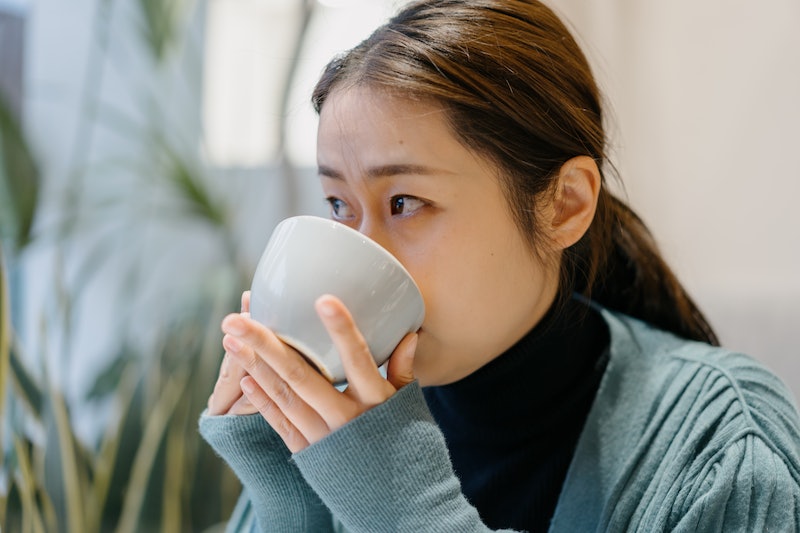 Friday, January 22 marks the 43rd anniversary of Roe v Wade, the landmark court ruling that legalized abortion in America. And it's been a remarkable series of decades. Interestingly, abortions have actually hit a 40-year low; the Guttmacher Institute reported in 2014 that the 2011 rate of legal abortions was the lowest ever recorded since Roe v Wade became law. Despite this statistic, though, it's still likely that adult women in the U.S. will know somebody who chooses to have an abortion at some point in her life. And in that situation, it can be tricky to know exactly how to be supportive of a friend who's getting an abortion.

Abortion support is not, fundamentally, about how you as a person feel about abortions and what you'd do in that situation; it's about supporting your friend through a potentially tumultuous period. We don't have a lot of public conversations about what abortion looks like or feels like emotionally and physically, so it can be hard to know what to expect or how to navigate it.

The good news is that there are very easy ways to help friends when they're making this choice for their own health and wellbeing. You can offer real, substantive practical help, alongside emotional support.

1. Keep Your Own Opinions Out Of It

Abortion is a contentious issue, but now is really not the time to have a debate about it. If your friend has made her decision, do not attempt to talk or shame her out of it; respect her body and her choices, even if they don’t correspond to your own. (I know this is very hard for some people, but it’s possible to love and support somebody even if you don’t approve of their decisions.)

2. Try Not To Have Expectations About How She'll Feel

More broadly, your expectations about abortions will not be helpful either. You may expect her to be weeping on her bed, or to be scheduling an appointment without thinking about it; either way, she is under no obligation to conform to your thoughts about what getting an abortion is supposed to be like.

Now is the time to listen: to hear her worry and her grief, to be a sounding board for her anxieties and generally offer yourself as a supportive ear. Don’t tell her she’d have been a terrible mother or that she’s definitely not ready, even if it’s what you feel, that is not your call to make. And if she explicitly asks “What would you do?” even then, your answer should invoke the caveat that you are not her and do not share her circumstances, so your example is NOT the only way forward.

Abortions are both emotional and practical undertakings. What can you do to make the experience easier for her in a practical sense? Can you ride the bus with her, plan a route from her work, help her schedule time off for the appointment, wait in the waiting room, or put her in the cab afterwards? Can you help her find the money for the procedure and choose between providers?

Part of this practical help is also about finding real and useful information concerning the process and what will happen afterwards. There are a lot of scare stories about pregnancy and abortion out there, and it’s essential for anybody making the choice to know the realities of abortion procedures (which aren’t risky in and of themselves, but are very emotionally upsetting). Places you can trust include Planned Parenthood, Marie Stopes International, the UCSF Medical Center, and Our Bodies Ourselves.

5. Give Emotional Support Without Forcing Her

Rule one with people going through incredibly difficult things: do not make them talk about it. If she wants to isolate herself afterwards, allow her to take that space. Give her space and permission to be sad, angry, self-critical, and upset; don’t tell her to move on or try to get over it, or force her to behave “normally” to serve your own needs. This is heavy stuff, and will likely have emotional ramifications, though everybody will express them in different ways.

Whether you hear about it beforehand or afterwards, give her lots of possibilities to express whatever she wants to say about it and how she feels. And don't feel "left out" if she didn't tell you about it ahead of time; some people do best in these situations as lone actors, and then reach out afterwards.

Everyday Feminism also makes the point that talking about abortions, even in a kind and supportive way, can involve a lot of loaded language; talking about "babies" instead of "fetuses," for instance, is not exactly sensitive.

"Use the words that your friend is using to describe their pregnancy; that way, instead of correcting them, you’re reflecting their own perspective," Everyday Feminism suggests. "When discussing options, it can be difficult to know how to word them. 'Are you going to carry your pregnancy to term?' can be a great way to ask this question, as opposed to 'Are you going to have the baby?'"

7. Do Not Talk About It To Anyone Else (Unless You're Explicitly Told You Can)

This means everybody. Your partner, your kids, your coworkers, mutual friends. Abortions are private medical procedures with a lot of intimate feelings attached, and the only additional person who should be involved is a medical professional if you’re seriously concerned about your friend’s health or state of mind after the procedure. Being allowed into this experience is actually a big privilege, and she’s placed a lot of trust in you. Unless you’ve been told you can or should, keep it entirely to yourself.

And no, it is absolutely not your job to tell the father of the fetus about it. That is the choice of the mother and you should stay all the way out of it.

8. Know About After-Care & Help Her Prepare For It

The time just after abortions isn't talked about much, but it can be hard on the body. Help her research it and get herself ready. The abortion pill and in-clinic abortions have different after-effects, but both include bleeding, so she'll need to get maxi-pads. Uterine cramping is also normal, so painkillers should be on the shopping list too. You can’t tell her what to do emotionally, but you can make good preparations together for the physical side of things. Trip to the drug store ahoy.

9. Encourage Her To Get Counseling If It’s Causing Grief

Abortions can be a big emotional deal no matter what age you are, where you are in your life plan, whether you’re single or coupled, whatever. Some women are able to move forward rapidly and come to terms with it; others need more time and space to express grief, anger, or misery. (It is, after all, a grieving process.) Both are normal and acceptable reactions; abortions create serious hormonal shifts, which will intensify emotional reactions. If she’s really struggling in the aftermath or during the decision process, though, you’re allowed to gently suggest a therapist might be a good addition to her support network.

Therapists are skilled in emotional help, they don’t have any vested feelings, and their prime priority is always her wellbeing and psychological stability. This suggestion shouldn’t be wielded like a weapon (“You’ve been totally crazy since the abortion; go see a shrink and get over it!”); it should be expressed out of love and concern that she needs the extra pillar of support.

The other possibility can happen too: your friend can treat the entire thing rather offhandedly, without much worry or stress, and not seem particularly to be "dealing with it" in any way. For some people this is indeed the way it goes, and they're able to go forward without a great deal of emotional labor or processing. Which is great! Go those people! Do believe them when they say they're cool.

The key in those scenarios is to keep an eye on them; if they seem to be showing symptoms that all is not actually OK (known technically as "emotional turmoil"), like sleeping poorly, being weirdly irritable, having swinging moods, not eating properly or shunning social interaction, express your concern gently. There's nothing wrong with them not dealing with it easily; you'd just like them to be healthy and feel supported!

11. Take Care Of Yourself

Your friend is a person whom you love dearly, going through what may be a very difficult time in their life, fraught with bodily concerns, grief, depression, and uncertainty. This is a good time for you to step up as a friend, but it's also crucial for you to be aware of your own feelings and limits, particularly if you have your own triggers about fertility. It's perfectly acceptable for anybody who's had trouble conceiving to need to step back from a friend who's had an abortion, for instance; it's nobody's fault, it's just an understandable difficulty best communicated honestly and without blame.

You have limited emotional resources as a person; you can love and support your friend with all your heart, but you also need to be honest with yourself about how much you can give.