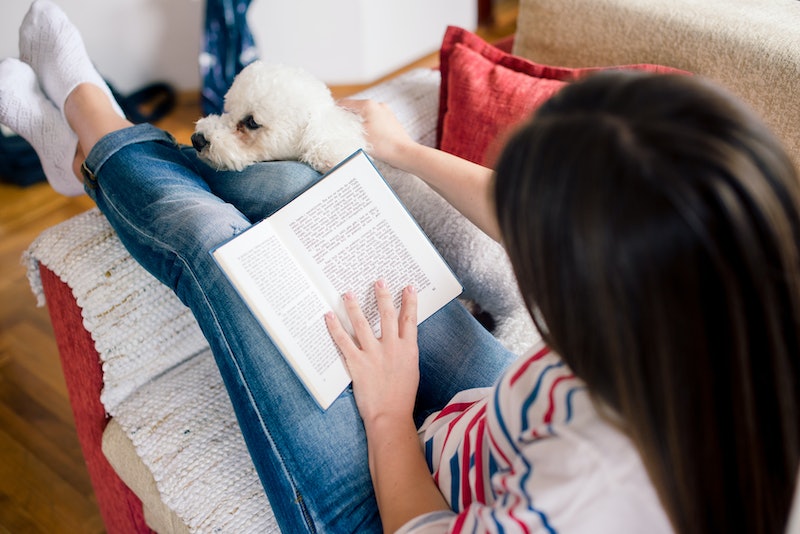 How do you know if you're a YA trendsetter? Well you probably already know your Divergent faction (Erudite), you know what Hogwarts house the sorting hat will put you into (Ravenclaw), you were sobbing at The Fault In Our Stars while your friends were still asking, "John Green, who?" and when you're at the gym you're really training for The Hunger Games in case you're called. Random House Children's First In Line program — which, because you're always ahead of the YA lit game, you probably already know about — is aiming to be the service for you.

In August, First In Line launched, giving YA readers exclusive access to behind-the-book and author content, such as deleted scenes, pre-publication excerpts, author Q&As, and (for all you book bloggers out there, in particular) advance reader’s copy giveaways, so you get to look at the hot new YA books before anyone else. Oh, and did I mention you're also on the VIP list for First In Line book events, both online and in-person?

I teamed up with Random House to give you an exclusive look at the biggest upcoming YA novels for the year, and the ones that will give First In Line members inside peeks into. And just to prove that First In Line sure knows how to pick the hot books, in 2015, the authors and their books were:

Soooo yeah. These books were big-time. And it just proves that the 2016 books are definitely ones to keep an eye on. So, I know, onto the list!

I spy some repeat customers in Kaufman, Kristoff, and Dashner. And I can't squee hard enough for All the Bright Places' Jennifer Niven having a NEW BOOK. Plus, we already know Kiersten White's And I Darken looks to die for. Please excuse me while I furiously add the rest of the books to my TBR list.

And just in case you aren't excited enough, in honor of the reveal of some of 2016's hot new YA novels, 2015's authors released this exclusive blooper reel to remind you why we love them so much.

You can sign up for First In Line at FirstInLineReaders.com.